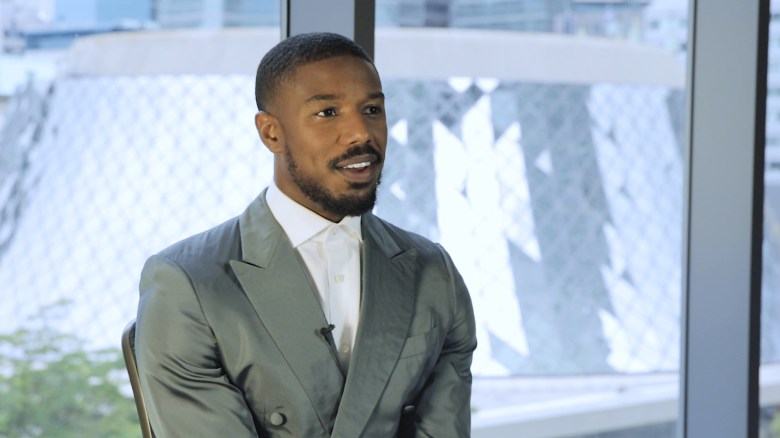 The secret helper behind the scenes of “Just Mercy” (out now from Warner Bros.) was director Ryan Coogler, who had bonded with writer-director Destin Daniel Cretton on the 2013 awards circuit, when they were promoting their films “Fruitvale Station” and “Short Term 12.” Coogler introduced Cretton to Warner Bros. production executive Niija Kykendall, and also suggested Michael B. Jordan to play the lead role of death row advocate Bryan Stevenson. When Jordan eagerly came on as a producer, he helped to develop the adaptation of Stevenson’s memoir for over a year with Cretton, producers Gil Netter and Asher Goldstein, and Kykendall’s team. It’s his first full producing credit.

And Jordan in turn pursued his long-time mentor Jamie Foxx to play real-life Alabama Death Row prisoner Walter McMillian. “He’s such a great scene partner,” said Jordan in our video interview. “He gives you everything you need to give the performance you’re supposed to give. So selfless. That’s rare.” Foxx nabbed a SAG nomination for Supporting Actor.

“Jamie plays a charismatic man, while Bryan is charismatic in a quiet way,” said Goldstein. “This is something that is contemporary. Bryan’s work is now. He came on set one day, he was preparing a brief. He argued and won that case during the time we were shooting. And so getting the story right because of the impact that it could have, was super critical for us. Getting the faces right, getting the language right.”

Jordan always knew that Foxx would have the showier role. It would have been easy to go for some big dramatic moments, but Jordan felt strongly that he should be as calm and collected as Stevenson is in real life. “We wanted to show restraint,” said Jordan. “Bryan would be infuriated on the inside at the situation, the corruption and obvious racial bias he encountered daily, but he knew if he showed emotional push-backs to the judges and sheriffs and prosecutors it would make his job that much harder to free these men. He had to bite his tongue. He was playing chess, man.”

“We had a lot of conversations about his performance while we were developing the script and making the movie,” said Kykendall. “Maybe he should be bigger or angrier, but we always went back to Bryan and what was authentic. He was always smart and savvy and effective. Michael nails him; it took a lot of discipline.”

This Article is related to: Film and tagged Jamie Foxx, Just Mercy, Michael B. Jordan, Oscars