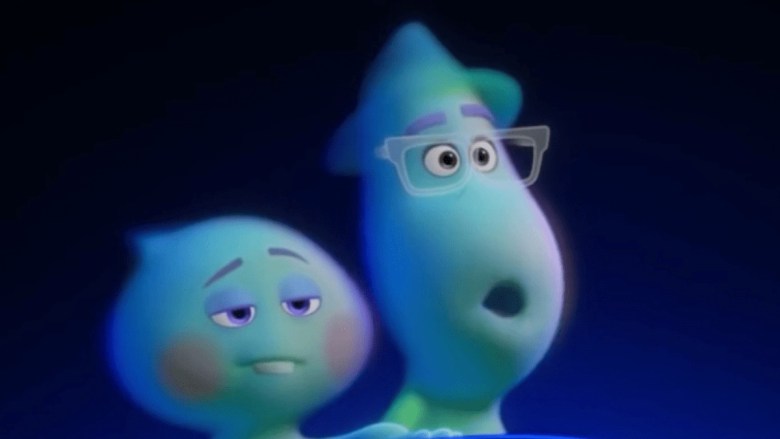 I first met “Soul” director Pete Docter back in 1995 at the original Pixar offices in Richmond, Calif., to talk about their first CG feature, “Toy Story.” The lanky young animation supervisor showed me how he could use a computer to animate Woody.

CG animation has come a long way since then, and so has Docter: He has not only won two Oscars, for directing “Up” and “Inside Out,” but in 2018, he also replaced John Lasseter as Pixar’s Chief Creative Officer. In our video interview (above), he reveals the brain-trust genius of the Pixar system (“you surround yourself with other people”) and shares why Pixar’s “Soul” (December 25, Disney+), breaks so many of the rules of what a family-friendly animated feature is supposed to be.

He also explains how the brilliant artists and technicians at Pixar managed to complete the film from home during the pandemic. “Soul” was set to premiere at Cannes, but finally went out via Disney+, to top reviews and streaming numbers.

When he’s coming up with ideas, Docter looks at himself and his family. At 52, he’s thinking about age. “This isn’t going to go on forever, the way you act when you’re young,” he said. “‘Is this the best use of my time, should I be doing more for the world or for myself?’ At the heart of it, this film is an investigation into what is it we’re living for, what is life about, what are we supposed to be doing with our lives.”

When Docter probes into what makes us human, he’s tackling “some thorny, prickly stuff,” he said. “We’re maybe upsetting half the world religions if we do the wrong thing, with a middle-aged man as the protagonist, which is not traditional for animation, and talking about the meaning of life, which could be horrible and pompous if we didn’t do it right. A lot of things were pretty risky, which allows us to be wrong along the way and correct ourselves.”

Working with Pixar writer Mike Jones and Kemp Powers (“One Night in Miami”), Docter developed a story about a jazz musician who hasn’t yet broken out. “If it’s about Black improvisational music, it would be wrong to do anything other than to make the character Black,” said Docter of how Pixar came to make its first movie with central Black characters. “It’s one of the things African-Americans brought to the world.”

Powers became so involved in building the character and the world that Docter added him as co-director. “He’s a guy who lived in New York, in his 40s,” he said. “He brought a lot of real-life experience to that character and the whole movie.”

The two main characters in “Soul” need to find themselves: middle-school music teacher Joe Gardner, who falls down a New York manhole into The Great Before, and lost soul 22, who he meets there. When casting his movies, Docter likes to listen to voices without preconceptions, and discovered Foxx was the actor who brought drama and musicianship as well as “enthusiasm and energy to the part,” he said. “His voice felt like it was coming out of Joe’s body. Once we record we already have designed the character, but we rewrite a bit, listen to the phrasing and rhythms of the actor and work that into the pacing of the writing as well. Joe became more cool when Foxx came in; we were considering him as more nerdy.”

Docter knew Fey would be perfect for 22 from reading her biography “Bossypants.” When she was in high school, he said, “she’d stand off to the side and make fun of other high school students. That’s what we wanted for 22… with charm and appeal.”

A series of work-in-progress animated storyboard screenings always helps figure out is what isn’t working. At one point, Docter remembers, the brain trust told him: “We don’t feel much drive in the film once it gets going, you’re marking time until the end.” That’s when they invented “a charming hunter character,” said Docter. “Terry [Rachel House] just wants to make the numbers right, a soul is missing, and she will stop at nothing until the book is balanced.”

In addition to a warm, naturalistic New York City, Pixar’s designers had to create The Great Before. “It had to be visually clear that this was nowhere on Earth, but somewhere else,” said Docter. “It had to feel approachable and nurturing and friendly. Steve Pilcher, our production designer, worked tirelessly with a lot of interaction to find elements that all came together. He looked with mathematical precision; even the arrangement of organic things, like hills or grasses, are very ordered.

“I’m proud of the way we use our medium,” Docter said. “It’s colorful and fun to watch, with physical comedy as well as verbal comedy, and all sorts of layers. The heart of it all, I suggest, is pretty deep, but it is wrapped in layers of candy coating that taste really good.”