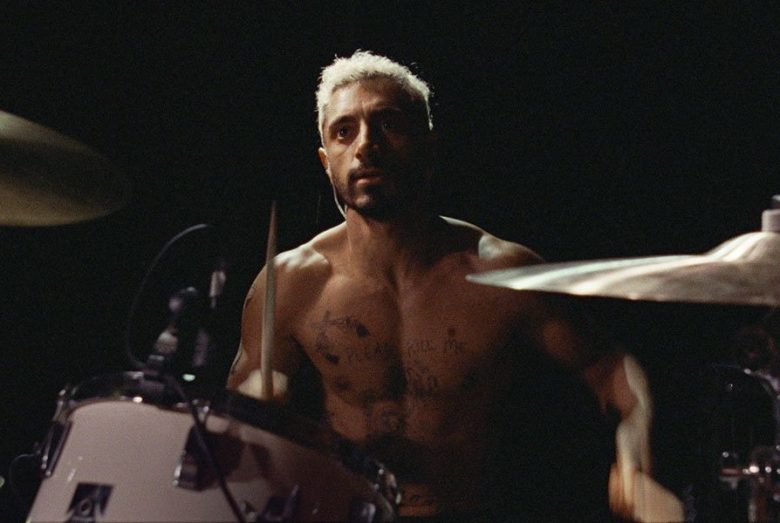 Darius Marder’s “Sound of Metal” centers on Ruben, a heavy metal drummer whose life is shattered when he suddenly loses his hearing. The research for “Sound of Metal” was started by Marder’s mentor Derek Cianfrance for his incomplete documentary “Metalhead,” about a Jucifer drummer who ruptures his eardrums. After trawling Hollywood looking for backers and someone willing to take on this challenging lead role, writer-director Marder (documentary “Loot”) found Emmy-winning British actor Riz Ahmed (“The Night Of”).

It’s hard to imagine anyone else playing Ruben. Steadily, Ahmed’s sensitive, layered performance has been accruing accolades, winning the Gotham award for Best Actor as well as Spirit, Globe, and SAG nominations.

After responding passionately to the script by Darius and Abraham Marder, Ahmed found out that Darius had worked on two Cianfrance movies he loved, “Blue Valentine” and “The Place Beyond the Pines.” He decided they were “kindred spirits,” he said in our Zoom interview (above). “We like to throw ourselves into life on the deep end, and experience and learn a lot of things.”

Ahmed jumped into “the crazy idea” of learning how to drum as well as to use sign language, which helped him to dig into a man who isn’t just struggling with going deaf, but his addiction recovery and identity as a musician. He’s terrified of losing Lou, the love of his life and musical collaborator (Olivia Cooke), who leaves him so that he can join (and learn from) the deaf community.

“When he loses his hearing he loses his music,” said Ahmed. “He loses his identity. It’s not like, ‘I don’t want to be you,’ it’s, ‘I want to be who I was.’ A lot of people in this pandemic have lost the things that give them identity and purpose, and a deeper identity-based anxiety and panic is triggered.”

Having a background in rap did not prepare Ahmed for the drums. “The rhythm is different,” he said, “you’re putting it in the body with different metronomes.” Ahmed spent 2-3 hours a day with his drumming teacher. “I was soon learning more from him than about the drums. You can’t think your way to the drums, you let them play you. That was a lesson for me as a actor, and also as a human being. Rubin’s physicality expresses itself on the drums rather than verbally.”

Similarly, sign language gave the actor more ways to express himself. In order to portray the way Ruben exists in a “no man’s land between the hearing and deaf world,” Ahmed immersed himself in deaf culture. “I learned how erroneous ideas are, such as deafness as a disability,” he said. “It’s another way of living. There’s a trope in deaf culture that hearing people are emotionally repressed. The reason for that is we hide behind words.”

Ahmed found himself getting more emotional when he was signing. “When you communicate with your body you’re inhabiting what you’re saying differently…you’re more expressive. The deaf community taught me the real meaning of communication. I took that beyond that into life. ASL and drumming were really enriching.”

Paul Raci and Riz Ahmed in “Sound of Metal”

Playing Ruben’s deaf counselor was Paul Raci, a veteran day player and theater-of-the-deaf actor who was raised as a CODA (child of deaf adults). “He lived a life between the hearing and deaf worlds,” said Ahmed. “To be given a role like this at this point in his life is such a gift to the world.”

Part of Ruben’s initial refusal to enter the deaf community is not just wanting to still be a musician, but his addiction issues. “He is resisting, he’s in a netherworld,” said Ahmed, who researched Alcoholics Anonymous. “Addiction manifests itself in so many different ways. He replaced drug use by being obsessively workaholic. I can relate to that — not being able to face the void, running to something because you’re escaping yourself. Ruben’s codependency on Lou is founded on their musical collaboration.”

As he pursued a stripped-down Dogme aesthetic, Marder insisted on shooting in 35mm, a decision that was “audacious,” said Ahmed. “You are just there. You can’t think. Knowing you got two takes you’re all in, a high wire act focuses the mind.”

For two years before filming, Marder and his team developed the complex sound design with Nikolas Becker (“Gravity”). “He was so instrumental in creating the subjective first-person experience with Ruben,” said Ahmed, who submitted to a recordist coming on set to track the sounds of his breathing, swallowing, licking his lips. “He’d come up with this weird hexagonal steampunk contraption made in his laboratory. He’d put it against my chest. He built an audioscape of the film from the recordings.”

To isolate himself as Ruben, before he assimilates with the deaf community, Ahmed wore ear pieces that blocked outside sound with white noise, and communicated by writing. When Ruben learned to sign, Ahmed no longer needed the ear plugs. He loved the animated noisy deaf community dinner scene with its pounding and gesticulating. “People are loud, they bang on the table to get attention,” he said. “Deaf culture is many things. I hope this film gives people a glimpse into how rich and diverse it can be.”

Finally, the actor credits Marder for obsessively pushing the movie toward excellence. “He took risks to make his life more difficult,” said Ahmed. “To make a film more special, you have to have a leader like that who galvanizes everyone to put themselves out there.”