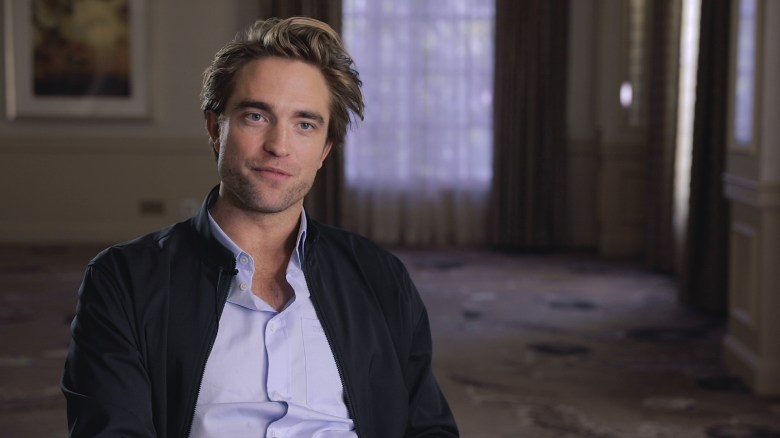 Robert Pattinson and Willem Dafoe go toe-to-toe in Robert Eggers’ claustrophobic, Herman Melville-inspired psychothriller “The Lighthouse,” the director’s dazzling follow up to art-horror smash “The Witch,” which took home the FIPRESCI critics’ prize at Cannes before breaking out at the fall box office for A24.

“The Lighthouse” is neither total horror (with attendant chills and thrills) nor deeply pensive drama. In our video above, Pattinson compares the movie to the work of both Andrei Tarkovsky and Luis Bunuel. “It’s a surrealistic, dark, dark, dark, dark comedy,” he said. “You have these incredibly grotesque images. There was no turd-polishing involved, which is always nice.”

Finally “The Lighthouse” is about tour-de-force acting and brilliantly percussive period mise-en-scene executed at a high level. The two-hander was shot with black-and-white 35mm film and in Academy ratio in inclement weather in Nova Scotia. Both Pattinson, who continues to grow with every film, and veteran Dafoe are brilliant as they navigate Eggers’ tricky period dialogue (“Moby Dick” was a source, along with period lighthouse diaries).

Pattinson chases the arthouse directors he wants to work with, which is why Cannes 2019 marked his fifth appearance at the festival, after two Cronenberg movies (“Cosmopolis,” “Maps to the Stars”), the Safdie brothers’ “Good Time” and David Michôd’s “The Rover.” In his latest foray with the Australian director, Pattinson scored strong reviews as the French-accented Dauphin who threatens Timothée Chalamet’s Henry V in “The King” (Netflix). “I try to make it arthouse,” he said.

That said, the British actor turned up in Los Angeles during a break from back-to-back starring roles in two mega-budget studio movies that he cannot discuss — Christopher Nolan’s time-travel thriller “Tenet” and Matt Reeves’ DC reboot “The Batman” — to sit down with IndieWire to explain the unusual rigors of shooting “The Lighthouse.”

Pattinson plays one of two strangers stranded on a storm-buffeted rocky island; the older lighthouse keeper bullies his strapping new assistant, whose only relief from his daily back-breaking labor of hauling and shoveling coal, plumbing the cistern, and being pecked by a pesky seagull is pleasuring himself while fantasizing about a luscious mermaid.

The only way for the two actors to pull off the demanding movie was to rehearse intensely for a week, nail their respective period accents, and play off each other to get through the demanding archaic dialogue. In fact, Pattinson embraced the pressure-cooker environment and the physicality of performing in the windy, watery elements. Can he explain the fantastic plot? No way. “It’s weirdly frustrating, the ambiguity of it,” he said. “But I could feel what it was trying to say.”

This Article is related to: Uncategorized and tagged Awards, Oscars, Robert Pattinson, The Lighthouse