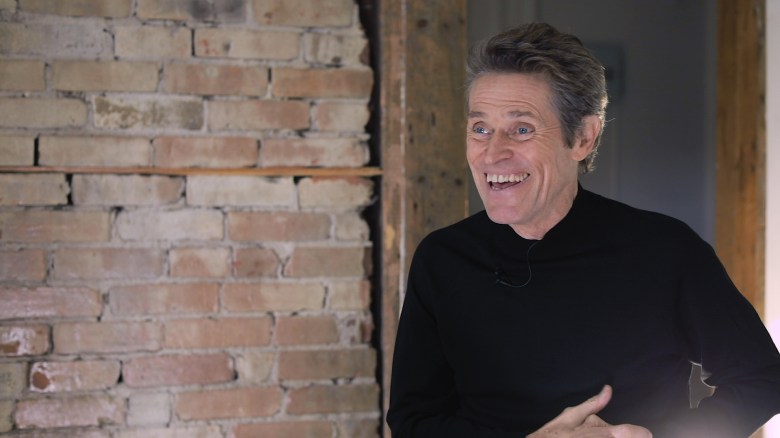 Psycho-thriller “The Lighthouse,” Robert Eggers’ dazzling follow-up to art-horror smash “The Witch,” is a not only a tour-de-force acting showcase for Willem Dafoe and Robert Pattinson but a surprise crossover arthouse hit for A24. (It took home the Fipresci critics’ prize at Cannes.)

At age 62, Dafoe is in his prime. And he’s on a roll these days. His bravura performance in “The Lighthouse” could land him his third acting Oscar nomination in a row, after last year’s “At Eternity’s Gate” and “The Florida Project.” (He was also nominated for supporting roles in “Platoon” and “Shadow of the Vampire.”) Also in the mix this season is Edward Norton’s “Motherless Brooklyn,” in which Dafoe plays the disgruntled brother of a Robert Moses-like city planner (Alec Baldwin).

Dafoe approached Eggers to tell him how much he admired “The Witch,” and eagerly signed on to this ghost tale concocted by Eggers’ brother Max, who collaborated with the director on researching and developing the story, which strands on a storm-buffeted rocky island two strangers forced to become co-workers — and roommates. When the older lighthouse keeper isn’t bullying his strapping new assistant, he’s infatuated by the powerful light beam they are serving, as well as healthy doses of strong spirits.

Dafoe goes toe-to-toe with Pattinson in this claustrophobic two-hander, shot with black-and-white 35mm film and in Academy ratio. Filmed in inclement weather in Nova Scotia, “The Lighthouse” is a genre hybrid, neither total horror nor pensive drama. Best Actor contender Pattinson, who continues to grow with every film, and Supporting Actor veteran Dafoe are brilliant as they navigate Eggers’ tricky archaic dialogue (“Moby Dick” was a source, along with period lighthouse diaries).

The two actors rehearsed intensely for a week to nail their respective period accents and play off each other to get through the demanding dialogue and physical performances. Check out why this role presented such a high degree of difficulty in our video interview above.

This Article is related to: Film and tagged Oscars, The Lighthouse, Video, Willem Dafoe