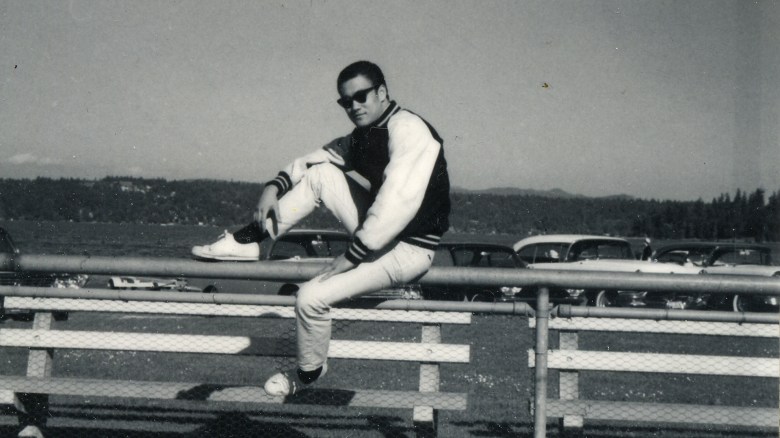 Growing up as the child of Vietnamese refugees, director Bao Nguyen found a symbol of representation and Asian American male confidence in pioneering Hollywood legend Bruce Lee. Now, as a seasoned documentary filmmaker who has explored American cultural institutions such as “Saturday Night Live” in his work, he wanted to reexamine the mythology of this beloved film star through his unique lens. The resulting film from his years-long pursuit, “Be Water,” premiered at Sundance and debuted on ESPN over the summer.

“Bruce Lee was one of these people that there’s been many Bruce Lee documentaries since he passed away 40 years ago, but what Julia [Nottingham] and I found out that there hasn’t been a feature documentary that was made by an Asian American. I wanted to make sure that Bruce Lee’s story wasn’t just lensed in the view of a cultural icon, but as an Asian American icon, as an Asian American. And I think that story has been lost in his narrative over time and that really propelled me towards making this film,” said Nguyen during a Q&A as part of the International Documentary Association’s annual screening series.

Nguyen aimed to humanize Bruce Lee and to understand the struggles he overcame as an actor of color in 1960s Hollywood, “a system that wasn’t ready for him.” In order to achieve this fresh portrait, both the historical and cultural context were conveyed through interviews with those who knew him, and more importantly through archival footages and other materials obtained from his estate in the U.S. and a museum in Hong Kong.

“Be Water” only features the audio from those conversations, as visually it’s comprised entirely from the collection of images Nguyen and his producer Julia Nottingham amassed. “It was a very, very hard film to make…because it took many years for us to get the right access and permissions with everyone from Warner Bros. to the family,” said Nottingham. Watch the video of Nguyen and Nottingham’s interview with Executive Editor & Chief Critic Eric Kohn above.

Access wasn’t the only complication. Since Lee passed away at a young age, there wasn’t a trove of material, as one would expect from someone of his fame. Nguyen was aware of the only English-language interview with him in existence, one conducted by Pierre Berton, which was found in the ’90s. Given the lack of options, that 25-minute conversation became an integral part of the film. The filmmaker hoped that over the five years he spent making the documentary that more archival material would be discovered, but that wasn’t the case. Such scarcity prompted him to think of alternative narrative devices.

“We knew that we wanted to really include Bruce’s writings throughout the film, because he was such a prolific writer and that was a way to give him a voice, to give him a bit more personality, a bit more character,” added Nguyen. The team went back and forth about who should read these writings. They considered actors like Henry Golding and other who could understand the obstacles of being an actor of Asian descent trying to break though in the entertainment industry. In the end, however, the correct choice was much more obvious: Bruce Lee’s daughter.

“Shannon [Lee] — who has really been immersed in her father’s story and her father’s writing for so long — came up, and she was obviously one of the top choices. She’s really one of the only people in the world, sadly — because Brandon her brother, Bruce’s son, passed away tragically — who literally has Bruce Lee’s DNA in her still,” he noted. The approach was to have her do the voice over as if she were discovering her father’s musings for the first time.

Although “Be Water” succeeds at providing a new perspective on a familiar figure by questioning the factors that benefited and affected his career and personal life, Nguyen doesn’t believe the story of Bruce Lee has now completely been dissected. He encourages future revisions and studies about him.

“I don’t think this film and any documentary is definitive of any subject… as generations go on, we’re constantly reexamining and reshaping and redefining what our stories and mythologies are. I think as Bruce Lee said, and the title of the film ‘Be Water,’ we have to be fluid. We have to not stick to rigidity and systems that we’ve been told over time because that’s what stagnates progress in so many ways and stagnates. Even us as filmmakers, as artists, we want to make the best type of art and stories and films we can. So I don’t know why people are so hesitant to have uncomfortable conversations, because I think only great art comes from having these uncomfortable conversations,” said Nguyen