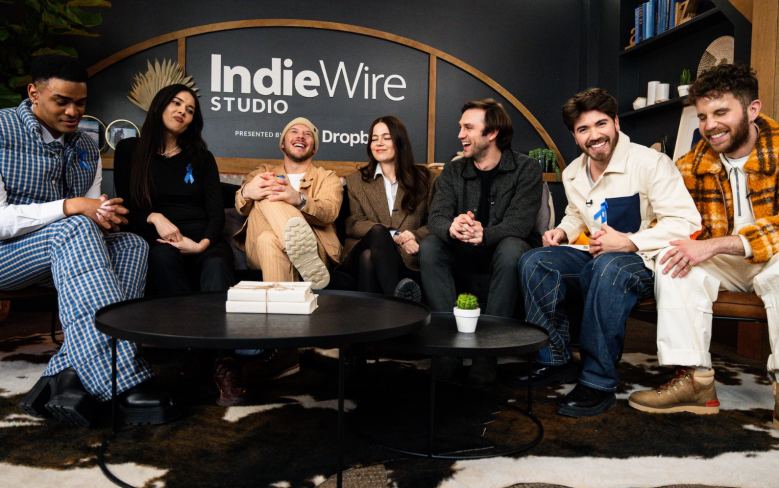 Receiving multiple standing ovations after its premiere, one of the most anticipated comedic debuts of this year’s Sundance Film Festival is the ensemble mockumentary “Theater Camp.” Directed by “Shiva Baby” star Molly Gordon and Nick Lieberman and starring Gordon alongside real-life best friend Ben Platt, the comedy has been warmly embraced by critics (and nabbed by Searchlight). IndieWire’s Kate Erbland made it a Critic’s Pick, writing that “early comparisons to ‘Waiting for Guffman’ without the bite are dead-on,” and calling the film “a crowdpleaser for the misfit in all of us.”

Platt, Gordon, and Lieberman joined cast members Noah Galvin, Jimmy Tatro, Patti Harrison, and Owen Thiele at the IndieWire Studio at Sundance, presented by Dropbox, to discuss the inspiration for the project.

“Theater has been intrinsic to a lot of sensibilities,” Platt said. “So we have the ability to love it so deeply that we can send it up and make a lot of fun of it and roast it pretty hard.”

Having all met at theater camp or doing productions, much of the main creative team considers themselves theater kids.

“This is definitely a love letter to that sort of experience, and the intensity of those three weeks in the summer where nothing matters except for who are your friends and what is that world and that time, and maybe the adults who wanna stay in that world, forever,” added Lieberman. “And it is a love letter, but there’s also you know, especially in the world of the theater, we have some jokes to be made about the way that the theater world operates.”

Gordon and Platt play two counselors left in charge of the summer production when their camp director suddenly falls into a coma. Though they took inspiration from wacky former acting teachers, both insist they have deep love and respect for their mentors.

“We dedicated the movie to all of our drama teachers, even though we’re making fun of them,” Gordon said. “Because when they’re telling you to do crazy things, it is this first moment of feeling seen. I was never that good in school, and when I was in my acting classes, anything was possible and there was no wrong answer. That first moment where you can really own your intelligence, even if they’re asking you to crawl as a lion or whatever.”

This Article is related to: Film and tagged Ben Platt, Sundance Studio 2023