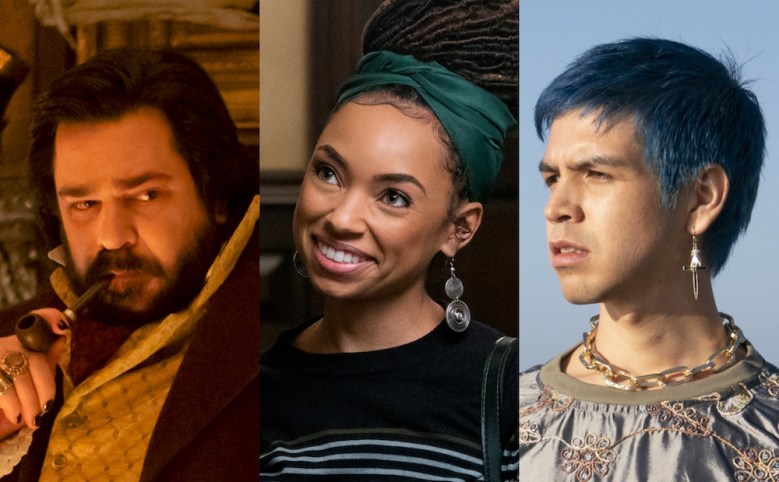 When the 2020 Emmy nominations are announced on Tuesday, July 28, there will be a record-tying number of comedy nominees. Thanks to a rule change by the TV Academy, there will be eight nominees in the Best Comedy Series category, a total only reached once before — in 2018, when a tie boosted the expected number of competitors from seven to eight.

But despite this attempt to accomodate a steadily ballooning slate of TV shows, the 2020 Emmys still won’t be able to honor all the great comedies in contention. This is nothing new. Snubs, after all, are just part of the game. Every year, seemingly never-ending lists emerge of shows that some writer feels have been jilted out of their rightful place among TV’s elite institutions. It’s become so habitual that there’s been backlash against calling out the snubs: Was said snubee purposefully excluded? Is there a nominee you’d cut to make room for all these supposed snubs?

For some, the only solution is further expansion. With more TV than ever before, why not nominate 10 comedies and 10 dramas? Why settle on the odd number of eight?

But I’m more interested in leveling the playing field. Even with 10 nominees, there will be great programs left off the list, more complaints about supposed snubs, and continued calls for expansion until it’s more of an insult to be on the outside looking in than included as one of the many, many nominees.

Instead, it would be nice to see the TV Academy honor shows for what they are, rather than where they’re best positioned to compete. Look at this year’s batch of contenders: Only a handful of the expected nominees are true blue comedies. “Curb Your Enthusiasm,” “Schitt’s Creek,” and “The Good Place” fit nicely under the “Comedy” banner, seeing as you can’t go more than a few seconds without a good joke. But “Dead to Me,” “The Kominsky Method,” and even “Ramy” have very different goals. Netflix’s half-hour soap is more of a murder-mystery than anything else, and Chuck Lorre’s pivot to single-camera “comedy” leaves his CBS sitcoms far behind. Even Ramy Youssef’s self-titled Hulu series feels more like an earnest discussion about religious and culture than a laugh riot.

Similar hang-ups can be cited for other critical favorites — including my own pick for best “comedy,” Pamela Adlon’s exquisite “Better Things” — and that’s before we look at the hour-long entries. Anyone who claims category frontrunner “The Marvelous Mrs. Maisel” is funnier than drama contenders like “Succession” or even “Better Call Saul” is either lying to you or has a terrible sense of humor. Hulu’s black comic soap “The Great” shares more in common with Jesse Armstrong’s HBO series than Larry David’s laugher. And Apple’s “Little America,” while made up of half-hour episodes, feels like it’s doomed no matter where it competes: Not serious enough for drama or funny enough for comedy, what’s an earnest little anthology show to do?

A simple solution isn’t evident. As much as I’d happily kick “Maisel,” “Dead to Me,” and “The Great” over to the drama side, that’s the same subjective reasoning the TV Academy takes into account when hearing appeals from networks about category placement. Adding nominees isn’t my favorite pathway either, but finding a new way to define categories could be a means to achieving the same end — acknowledging more of television’s best work — without diminishing the award itself. The word “dramedy” is an ugly and altogether meaningless amalgamation that’s nonetheless gained traction in describing complex series that are otherwise hard to define. Should there be a Best Sitcom category, ostensibly made for the dying art of multi-cam sitcoms but that can house (via appeal) single-cam comedies that go after similar non-stop laughs?

Whatever the solution, the Emmys share a similar problem as so many awards shows, in that there’s a general bias against anything purely funny. Even favorites like “Curb Your Enthusiasm” and “The Good Place” carry topical storylines put through a comedic lens and weighty existential themes about life and death. Where’s the love for something that’s just silly, like FX’s “What We Do in the Shadows,” NBC’s “Brooklyn Nine-Nine,” or the long-time snub (and TV’s longest-running sitcom), “It’s Always Sunny in Philadelphia”?

Until a solution proves evident — or until the Emmys prove me wrong and nominate one of these brilliant shows — here’s a list of eight great comedies that the experts have all but written off as 2020 contenders. Some are just funny. Some are light comedies, at best. Some just don’t really fit an easy definition. But they’re all worthy of your time, whether they’re endorsed by the Emmys or not.

For more on this year’s Emmy race for Best Comedy Series, make sure to listen to IndieWire’s TV podcast, Millions of Screens. This week’s episode is missing the witty expertise of TV Awards Editor Libby Hill, but co-hosts Ben Travers (Deputy Editor and TV Critic) and Leo Adrian Garcia (Creative Producer) are joined by a special guest to help them out. In keeping with ongoing social distancing mandates, this week’s episode was again recorded from the comfort of everyone’s respective Los Angeles-area apartments, and we’re again offering viewers a video version of the podcast, embedded above.

Stay tuned as the duo breaks down the odds for each comedy contender, tries to offer perspective on how last year’s success stories could influence this year’s favorites, and appreciates another entry from the podcast’s go-to Recommendation Machine.

This Article is related to: Awards and tagged Direct, Millions of Screens, Podcasts, Video