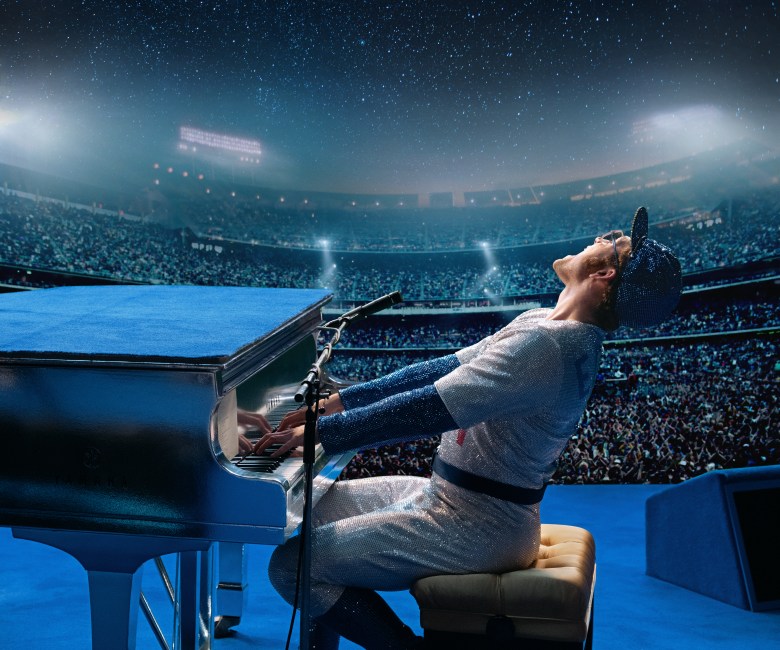 Sound and music are integral to several period Oscar contenders vying for sound nods, from “The Irishman” and “Once Upon a Time in Hollywood” to “Ford v Ferrari” and “Rocketman.” In this exclusive IndieWire Consider This video, Editor-at-Large Anne Thompson, Crafts Editor Bill Desowitz, and Toolkit Editor Chris O’Falt gather to discuss the year’s best in sound contenders.

The Sound Mixing and Sound Editing contenders are a showdown between three movies. This year’s pack of contenders are fronted by the high-octane thrills of James Mangold’s “Ford v Ferrari,” the racing biopic starring Christian Bale and Matt Damon, Sam Mendes’ real-time, seemingly one-take World War I drama, “1917,” and Quentin Tarantino’s love letter to 1969 Tinseltown, “Once Upon a Time in Hollywood.”

Per Bill Desowitz, in “Ford v Ferrari,” car designer Carroll Shelby (Damon) teams up with iconoclastic test driver Ken Miles (Bale) to build and race the revolutionary Ford GT40 Mark I in the hopes of winning the grueling 24 Hours of Le Mans in 1966. Fully intact period sports cars are hard to come by for the rigors of racing movies, of course, but sound editor Don Sylvester found a guy in Ohio who built a Ford GT from scratch using vintage parts. He let them trick it out with microphones and drive it around a track. That became the hero Ford GT. Then he found a ’59 Ferrari in Atlanta, whose owner let them run it through its paces (in Florida, though, because of noise limitations in Atlanta), and that became the hero Ferrari.

Other contenders include the creepy sounds of the DC origin story “Joker,” South Korea’s “Parasite,” and the unnerving folk tale “The Lighthouse,” the action-packed sonic thrills of Marvel’s climactic epic “Avengers: Endgame,” and the final space battles imagined for “Star Wars: The Rise of Skywalker,” the last chapter of the beloved Luke Skywalker saga. With abysmal reviews and poor box office, Tom Hooper’s Andrew Lloyd Webber adaptation “Cats” appears to be out of the bag.

Meanwhile, IndieWire also dives into the Visual Effects categories via this Consider This exclusive video. Many of this year’s contenders take the art of below-the-line filmmaking to new heights, and with vanguard technologies still in their infant stages — yet here being used to maximum effect. Films like Ang Lee’s thriller “Gemini Man” and Martin Scorsese’s gangster opus “The Irishman” herald the arrival of de-aging technology that is here to stay, while “The Lion King” pushes the boundaries of visual-effects photorealism. Mendes’ “1917” turns a harrowing WWI episode into a one-take wonder that plants audience square and center in the bomb-blasted battlefields.

This Article is related to: Awards and tagged Academy Awards, best of craft, Consider This