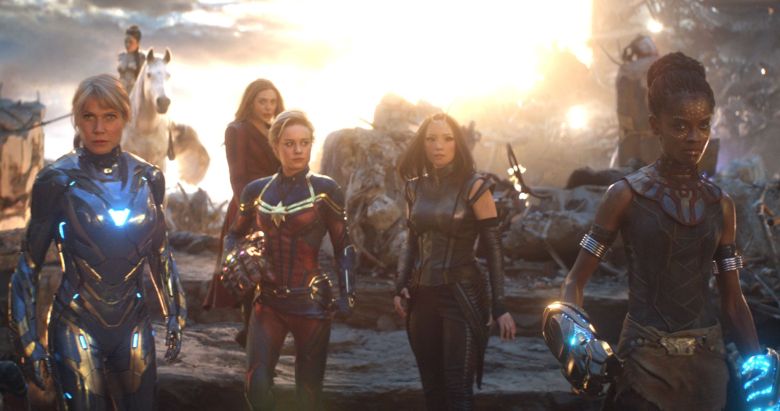 With 20 visual-effects contenders advancing in the 2020 Academy Awards race now that the long-list has been announced, and with the shortlist coming Monday, December 16, it’s time to discuss the year’s best in VFX. In the first episode of a new weekly video series (Presented by Netflix) IndieWire Editor-at-Large Anne Thompson, Crafts Editor Bill Desowitz, and Toolkit Editor Chris O’Falt gather to discuss the year’s best in visual effects.

This year’s contenders run the gamut from epically scoped dramas (“The Irishman,” “Ford v Ferrari,” “Ad Astra,” “1917,” “The Aeronauts”) to superhero spectacles (“Avengers: Endgame,” “Spider-Man: Far from Home,” “Captain Marvel”) and Disney reboots that take full advantage of cutting-edge technology to recreate beloved animated classics (“The Lion King,” “Dumbo,” “Aladdin”). And, of course, there are two movies that remain to be seen by audiences: “Star Wars: The Rise of Skywalker,” opening December 20, and “Cats,” also opening that day.

Many of this year’s contenders take the art of below-the-line filmmaking to new heights, and with vanguard technologies still in their infant stages — yet here being used to maximum effect. Films like Ang Lee’s thriller “Gemini Man” and Martin Scorsese’s gangster opus “The Irishman” herald the arrival of de-aging technology that is here to stay, while “The Lion King” pushes the boundaries of visual-effects photorealism. Sam Mendes’ “1917” turns a harrowing WWI episode into a one-take wonder that plants audience square and center in the bomb-blasted battlefields.

Read Bill Desowitz’s 2020 predictions for the visual effects Oscar here. At the moment, Robert Rodriguez’s CG-animated dystopian sci-fi thriller “Alita: Battle Angel,” along with “Avengers: Endgame,” “The Irishman,” “Gemini Man,” and “The Lion King” are all poised to dominate the final five. However, the shortlist announcement on December 13 should clear the air to reveal this year’s top contenders when the next 10 are revealed.

Here is the full long-list of Best Achievement in Visual Effects contenders for the 2020 Oscars, which the IndieWire team dives into in this exclusive video.