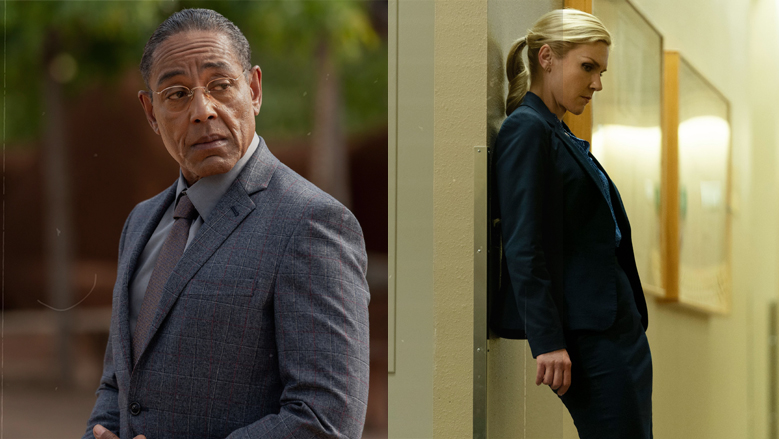 A show like “Better Call Saul” doesn’t happen without trust. It’s something that Rhea Seehorn and Giancarlo Esposito have both contributed to and benefited from over the course of their multiple seasons on the show. They also both had the opportunity to each direct an episode of the show’s farewell Season 6, a shared experience the two discussed as part of this year’s Awards Spotlight series.

In Episode 4 (“Hit and Run”), Seehorn meticulously builds the tension of whether Jimmy (Bob Odenkirk) will be able to return Howard Hamlin’s (Patrick Fabian) car to the parking lot unnoticed. After capturing the sequence from a bevy of different angles, Seehorn told series editor Chris McCaleb she felt there was one last missing piece of the Howard puzzle to help audiences understand the logistics of what Jimmy was doing.

“I said, ‘I wish I had this because if we knew where he went, we’d understand the geography of how close he was.’ And Chris goes, ‘Oh, well, they kept the cameras rolling every time Patrick Fabian reset himself. I have him going up the stairs, around the corner, in his costume, crossing the bridge every time you told him to go back to one. I’ll just use that.’ He put that at the top of the scene and that’s what’s in the show and it works beautifully,” Seehorn said. “It made me remember, ‘Don’t sit in your self-hating anguish. Tell someone what you want and they probably can help you.”

The reemergence of Lalo (Tony Dalton) in Episode 6 (“Axe and Grind”) features a memorable dismemberment scene, one that Esposito wanted to make sure felt specific to the show.

“I don’t want the ‘Friday the 13th’ movie, it would be just too jarring. I want it to be really believable. But I also want you to feel that in this particular scene that has all this heightened emotion of what’s going to happen, I want you to also feel like the possibility of Lalo Salamanca biting it is real, that you don’t walk into that scene feeling like he’s going to win,” Esposito said. “It was all about the angle. I didn’t have to see an overabundance of blood, but could feel the gravitas of a bone-chilling — pardon the pun — bone breaking moment.”

For the rest of the conversation, check out the video above.