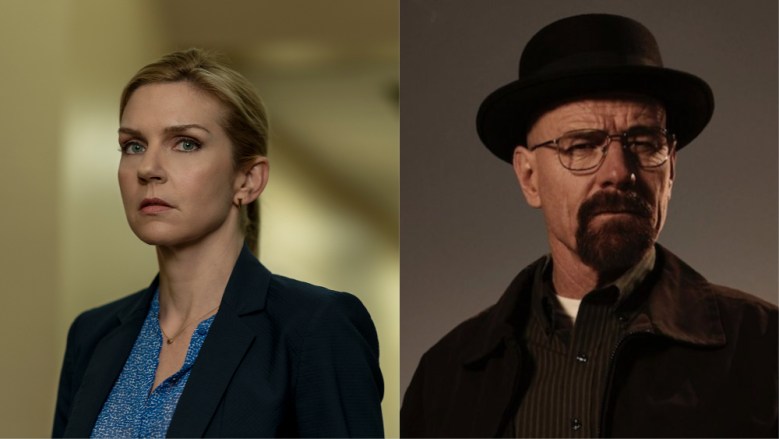 At some point while breaking the story for Season 5 of “Better Call Saul” an image popped into showrunner Peter Gould’s head. Up until this point he admits he didn’t know how he would land the series in its sixth and final season, but there was something about this image that stuck with him. So he started to ask himself, “That image feels good, why does that feel good?” explained Gould while he was a guest on IndieWire’s Filmmaker Toolkit podcast.

For Gould, the answer to that question helped him finally figure out how to end “Better Call Saul.” “A lot of the complaints of stories are moral complaints, characters aren’t getting what they deserve,” Gould said. “If you think about shows that people have had a big problem with, sometimes it feels like the moral structure of the show changed and people got an undeserved happy ending or something.”

Gould fully acknowledged that in real life the good guys don’t always win, and bad guys don’t always lose, but “Better Call Saul” has never explored plot and character is such black and white way. “There’s all kinds of winning and there’s all kinds of losing, it gets more complicated at a certain point” but rather it is about the need for stories to feel like “there’s a structure to the moral universe,” Gould said.

While on the podcast, Gould dug into the unique way the “Saul” writers room approaches character and structure, and how the visual and aural language of the prequel series evolved from co-creator Vince Gilligan’s “Breaking Bad.” One of the most interesting parts of that storytelling process for Gould has been the narrative arc of Kim Wexler (Rhea Seehorn), whose fate hasn’t been decided because, unlike the other main characters on “Saul,” she didn’t appear in “Breaking Bad.”

“We have this relationship with a character where sometimes you understand completely what they’re doing,” said Gould. “Then sometimes there’s a little gap and you have to do some work and think about, ‘Why did he do that? Why did she do that?'”

In the Season 5 finale the character of Kim hit exactly that type of narrative gap. Watch the video above to hear Gould break down that last scene between Kim and Jimmy (Bob Odenkirk) and draw a fascinating parallel to a key moment in the evolution of the Walter White (Bryan Cranston) character on “Breaking Bad.” To listen to the full conversation, subscribe to the podcast below.