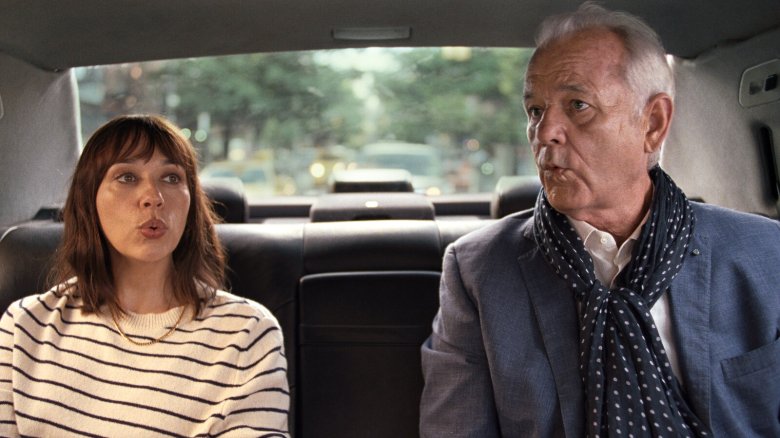 Sofia Coppola’s Apple original movie “On the Rocks” pairs Bill Murray and Rashida Jones for the first time in a feature film, but their mutual admiration pre-dates their involvement in Coppola’s well-reviewed comedy-drama. As Murray tells Coppola and his cast-members in the above FYC video panel for “On the Rocks” (now streaming on Apple TV+), he first came to know Jones by being a big fan of her character on the NBC sitcom “Parks and Recreation.” Jones starred in the main role of Ann Perkins for six consecutive seasons and appeared in a smaller capacity in the show’s seventh and final season.

“I like Rashida. She’s the secret mystery girl of ‘Parks and Recreation,'” Murray said. “I never understood and I never could stand how she was so funny. It seemed like every line was an accident coming out of her mouth, and all of them are so funny. I still don’t know how she does it. She’s a very mysterious actress.”

Murray and Jones also starred together in “A Very Murray Christmas,” which Sofia Coppola directed. The chemistry the two showed off during their brief appearance together was enough to sell Coppola on building an entire film around their dynamic.

“Sofia said she was writing a movie and it would be me and Rashida Jones together, and I thought, ‘Great!’ I was thinking of a romantic comedy and then I was told I was going to be her father and it was heartbreaking,” Murray quipped. “It was easy and to do it in New York, it was fun. We had a wonderful time making the first movie, and Sofia makes it an adventure to do the films.”

Everyone involved with “On the Rocks” knew the dynamic between Murray and Jones was the essence of the movie, and Murray spoke about the key to keeping that dynamic healthy throughout filming: “That dynamic, it was like the games you play with your child when they are a child. You have to use your imagination to be creative, whether it’s a bedtime story or, like, how do you keep a child from being cranky on a long ride? It was that kind of demand. How do I keep this person interested and engaged and not lose the thread of what we’re trying to get done? Enough distractions, enough fun…you keep it fun.”

“On the Rocks” stars Jones as Laura Keane, a mother in New York City who comes to suspect her husband (Marlon Wayans) is having an affair. Laura joins forces with her adventurous father, Felix, to figure out the truth. The film is now streaming on Apple TV+. Watch the full FYC “On the Rocks” panel in the video above.

This Article is related to: Uncategorized and tagged Apple TV Plus, Bill Murray, On the Rocks