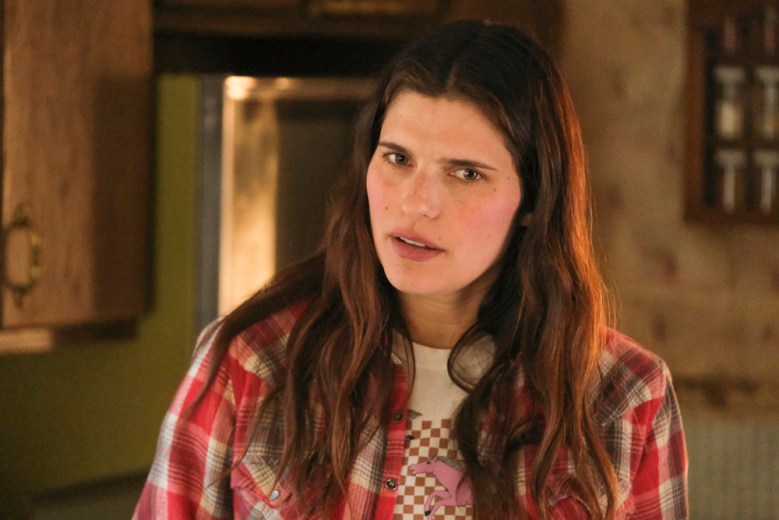 Over two seasons, Lake Bell built “Bless This Mess” into a welcoming, weird, and sneakily unique broadcast sitcom — which is no small feat for anyone, let alone a producer, director, and star whose previous creative experience came mainly from independent film.

“As a creator and a filmmaker, I come from very scrappy productions — whether it’s short films or my two features,” said Bell, who wrote and directed “In a World” and “I Do… Until I Don’t.” “I’d been offered a lot of studio pictures to rewrite a female-driven comedy, and I was like, ‘If I’m going to direct a female-driven comedy, then I’m probably going to write it.’ […] I just wanted to create, and I wanted a place, and a space, and a budget, and the resources to do that.”

Despite its distinct story and charismatic cast, “Bless This Mess” was canceled by ABC in mid-May, a few weeks after IndieWire spoke with its co-creator and star. So now, with Bell’s assistance, it’s time to spotlight how “Bless This Mess” grew from a fish-out-of-water rom com into a heartwarming ensemble comedy built from a carefully constructed setting, unmistakable visual style, and loads of charming relationships. While the series certainly gave itself endless paths forward and left at least one key romance open-ended (should another network pick up Season 3), the 26 wonderful episodes streaming on Hulu are worth discovering or revisiting on their own — even if that’s all we get.

Picking up when a young couple from Manhattan inherits a family farm and moves to Nebraska, the ABC comedy gave off early “Green Acres” vibes. But rather than settle for updating a classic TV show, co-creators Bell and Elizabeth Meriwether (“New Girl”) relied on their individual expertise to forge a new path forward. Bell held onto the “scrappiness” in “Bless This Mess” that reminded her of indie filmmaking. Meriwether recognized the challenges of developing an ensemble-driven sitcom, and together, they used the truncated first season (just six episodes) to strike the right balance.

What stories worked, and what didn’t? What characters sparked? What’s the pace of the show, and how can the aesthetics be refined? Bell scattered these seeds to see what stuck, and they soon sprang to life in Season 2.

“The challenge I try to pay attention to is space and expanse. What’s unique to ‘Bless This Mess’ is we shoot ‘on location’ — we don’t have a soundstage, so everything is texturally very authentic,” Bell said. “You can see in the episodes that there’s texture to these little bits of messiness, and I had to fight really hard for that. I think now that the tone is more established, the editors, the producers, the network, and the studio are comfortable with it.”

Finding unique rhythms and building cast chemistry is critical for a sitcom’s survival, and the freedom Bell fought for proved to be a savvy choice for growth. TV, even more than film, is reliant on time to help establish a bond between who appears on the living room TV and the audience watching them from the couch. Every episode should strengthen that bond, and Bell carefully set up relationships to root for through relatable yet unconventional storylines.

“I also think it’s important to maintain a comedic sensibility that has room for improvisation — it’s not improvised fully, but there’s room and it’s welcomed. I’m on set every day […] we made sure we had actors who are comfortable with that […] and we do luxuriate in that playfulness,” Bell said.

Dax Shepard and Lake Bell in “Bless This Mess”

Soon, character dynamics started to pop. Mike (Dax Shepard) and Rio (Bell) weren’t just reacting to the odd townsfolk or their new, unrefined lifestyle; they remained progressive thinkers, but they quickly became familiar with the realities of rural life. Rio embedded herself within the community as a practicing therapist, while Mike was hatching schemes to improve their farm involving chickens and pigs.

“I do love animals, and part of the appeal of this show was to work with them — as a person,” Bell said. “But as a filmmaker and director and producer, it does pose challenges. That said, we kind of have a system. We shoot on a working ranch, so there’s space. Our wranglers are incredible. […] If we need something specific, we have a long discussion in pre-production […] and if it doesn’t work, we just change it on the day — and that’s OK!”

Rio’s practice also gave us a window into the show’s favorite couples. Beau (David Koechner) and Kay (Lennon Parnham) entered marriage counseling cautiously, before splitting up and getting back together with Rio’s help. Fan favorites Rudy (Ed Begley Jr.) and Constance (Pam Grier) were also pushed into new territory as they grew closer together, often with sweet, simple expressions of shared affections. (As the connection grew stronger, Grier would even send messages to Bell written from Constance’s perspective.) Both of the local couples’ hesitancy to talk about their feelings only made their emotional breakthroughs all the more rewarding — while the cast helped make them really, really funny.

“I will say, [Begley and Grier] have a great chemistry,” Bell said. “Like anything in a TV show, initially, we were like, ‘We’re going to see if this works,’ and then it worked so well, and they have such a tremendous natural rapport […] that we really wanted to put [them] in as much as we could.”

Investing in the cast allowed Bell to mine Bucksnort, Nebraska for more valuable story arcs and helped provide a recognizable sense of place for a show created in novel fashion. Odd traditions (like chasing a pig to kick off the football season) and realistic disasters (tornado season!) could be pushed to entertaining extremes or used to motivate important character development because they came from a real place. “Bless This Mess” wasn’t mocking small towns or farm life so much as it was celebrating the weirdness locals love about it.

“I’ve been an actor on network shows before, and I kind of am enthralled by how many challenges everybody says there are,” Bell said. “Everyone’s like, ‘There’s so much red tape! This dude’s going to tell you to not do this and not do that, you just wait!’ And I was like, ‘I… accept the challenge.'”

“Bless This Mess” may not have broken through to the big time, in the ratings or with a long-term run, but Bell managed to carve out a distinct, beautiful little corner of television in an industry built on indistinguishable familiarity. Everyone should be looking forward to whatever she does next.

“Bless This Mess” is streaming now on Hulu.