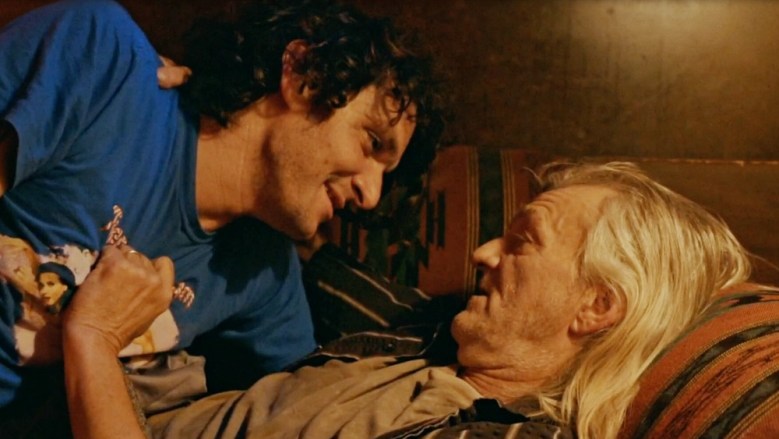 When “Bloody Nose, Empty Pockets” premiered at Sundance last January it sparked a predictable conversation about what qualifies as a documentary. Bill and Turner Ross’ nonfiction story about the last night of a bar on the outskirts of the Las Vegas Strip was actually shot in a New Orleans bar, its patrons were bar flies the co-directors had met in an extensive casting process of visiting late night watering holes throughout the city.

What got lost in the focus on the behind-the-scenes elements of making “Bloody Nose” was the art that unfolded on screen. Like the booze, the emotions and people were real, their interactions unfolding in messy, unpredictable ways. The Ross Brothers, one of their generation’s greatest practitioners of direct cinema, had created the ideal canvas to execute their craft.

“We created our cinema Super Bowl so that we could play our best game,” said Turner Ross, when he and his brother Bill were on the Filmmaker Toolkit Podcast. “It was really intense. The principal shoot, the real linear narrative is a real linear narrative. It’s an 18 hour unbroken situation that ebbs and flows, and comes and goes, and it’s just Bill and I in there with our cameras trying to make something of it.”

And like Super Bowl athletes, the Ross Brothers had been training their entire professional career leading up to the big game.

“It’s all about what you ingest throughout your lifetime that creates what your eye is,” said Bill Ross. “Steve Bognar [co-director of ‘American Factory’], many years ago, he just told me, all the stuff you take in throughout your life, you’re creating this gumbo in your head of painting, graphic design, literature, music, it’s all in your head and in that split second [snaps his fingers], unknowing to yourself, all of that is right there. You know it, without knowing it.”

While they rely on their well-honed filmmaking instincts, that doesn’t mean the Ross Brothers go into their movies cold. For each of their films the co-directors/cameramen do extensive research, filling the wall of their home office with hundreds of photos — visual references of how they want a particular movie to look and feel.

To see how a photo by William Eggleston inspired the framing of a key scene from “Bloody Nose, Empty Pockets,” watch the video essay at the top of this page. To hear the full conversation, subscribe to the podcast below: