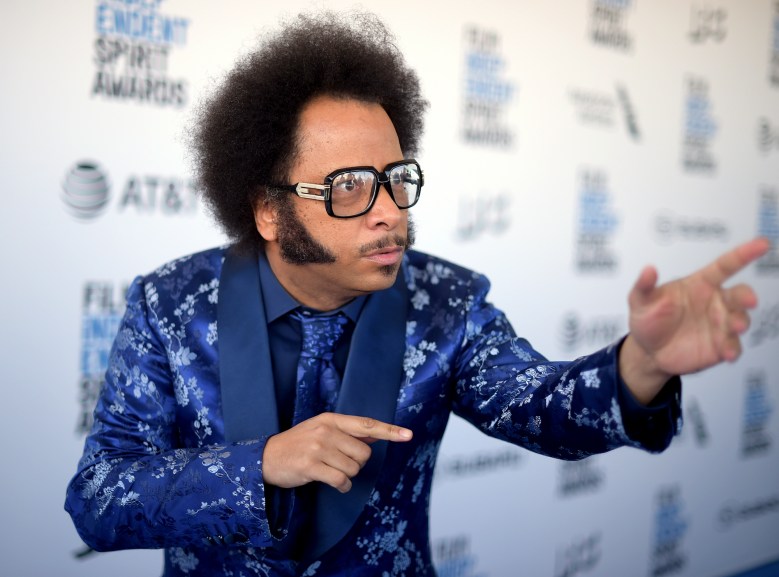 When you’re promoting a new movie, one question everybody wants to ask you is what’s next? For Boots Riley, who last made a splash with 2018’s Sundance sensation “Sorry to Bother You,” his next project is “I’m a Virgo,” a streaming series starring Emmy winner Jharrel Jerome as a 13-foot-tall man living in Oakland. As Riley explained to IndieWire’s Executive Editor Eric Kohn in a recent IndieWire live conversation on Instagram, the filmmaker is loath to spill too many details on how the project will take shape, but he did offer a few tidbits on how he hopes “I’m a Virgo” will bend the ways we view TV storytelling. Watch the full conversation above.

“I don’t want to give people a sense of what to expect. That’s my whole thing,” Riley said. “What I’ll say about it is it’s about a 13-foot tall Black man who lives in Oakland. It deals with a group of kids at an age that, because they’re Black, they’re not allowed to be kids. They’re not allowed to come of age. It’s about the way the world sees him, as opposed to how he sees himself.”

While Riley hasn’t landed on where “I’m a Virgo” will stream, producer Michael Ellenberg is well-connected in the streaming space as the executive producer on Apple TV+’s hit 2020 Emmy contender “The Morning Show,” and on acclaimed HBO drama series “The Leftovers.”

“If I could pick a service, it would be one that doesn’t exist, where you walk into a movie theater every week and watch a show,” Riley said, adding that “I’m a Virgo” won’t follow a traditional structure or arc.

“For me, it’s really experiential. How do I keep you interested and wanting to keep watching, and how do I get you do feel something? I don’t want you to keep watching because I have done this easy, manipulative thing that makes you have to press ‘watch the next one’ again. I hate stories that don’t end,” Riley said. “I’m not saying how many seasons it will be, but there’s a story that ends.”

He continued, “With this, I am always trying to find the thing that works that is a little different, that can make you feel something you weren’t expecting to feel. While working within the rules is a perfectly good way to to be an artist… I don’t want people to feel, ‘Oh I’m supposed to feel this now.’ I am not necessarily rewarding people in those ways.”