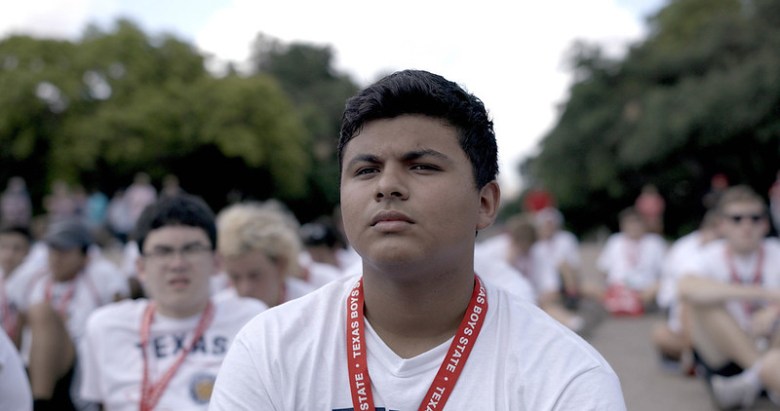 In the Apple TV+ documentary “Boys State,” directors Jesse Moss and Amanda McBaine follow hundreds of Texan boys as they build a mock government over one week in a long-running summer program. While the drama of an election — where one person wins and the others lose — is familiar to anyone living in a democracy, editor Jeff Seymann Gilbert says he and the filmmakers found an unconventional narrative in over 300 hours of footage, one that wasn’t centered around the victor.

In a discussion with IndieWire Executive Editor and Chief Critic Eric Kohn, Gilbert said the key to his editing strategy was recognizing the emotional rhythm of the events profiled in the film. The documentary’s climax centers around quiet optimist and gubernatorial candidate Steven Garza, who calls his mother to tell her the news that he lost.

“I think Steven really is sort of the North Star, in a lot of ways, of the story…he’s a quiet, modest kid who really wants to understand what people want if he’s going to represent them,” Gilbert said. “It was more a question of how do you build an audience to an emotional climax, where the result is that this kid, who I think a lot of the audience is rooting for, loses and to make that meaningful to not make it about the results. To build an election film where in the end, you want to say, ‘But the results aren’t really what this is all about.’ I think that’s where the film gets complex and interesting.”

Gilbert said the movie is a “propulsive” one. That meant that much of his work in the edit bay was to slow down the pace.

“It’s kind of nonstop,” the editor told IndieWire. “We inject a few breaths throughout the process…it goes back to wanting to slow down the time a little bit and breathe, get back inside the characters heads to freeze time and dramatize the suspense of what these guys are going through. I’m looking for emotion, I’m looking for feeling, I’m looking for the characters who is experiencing feeling in the moment and that’s expressing. That’s when the film reaches through the screen and connects with the viewer.”

The result is that footage included in the final cut that was not in service to the plot was minimal but necessary in order to achieve Gilbert’s desired pace. Gilbert said he views his role as editor as that of a co-writer and that a good working relationship between him and the director is paramount. Gilbert also edited “The Overnighters,” which Moss directed and produced and McBaine produced.

“It’s having a vernacular, having a working relationship where we know each others’ instincts,” Gilbert said. “Like any relationship, the longer you work on it, the more refined you get. We certainly benefit from a longtime collaboration and a longtime friendship.”

Watch IndieWire’s full conversation with Gilbert in the video above. “Boys State” is now streaming on Apple TV+.

This Article is related to: Film and tagged A24, Apple TV Plus, Boys State, Consider This Panels, Direct