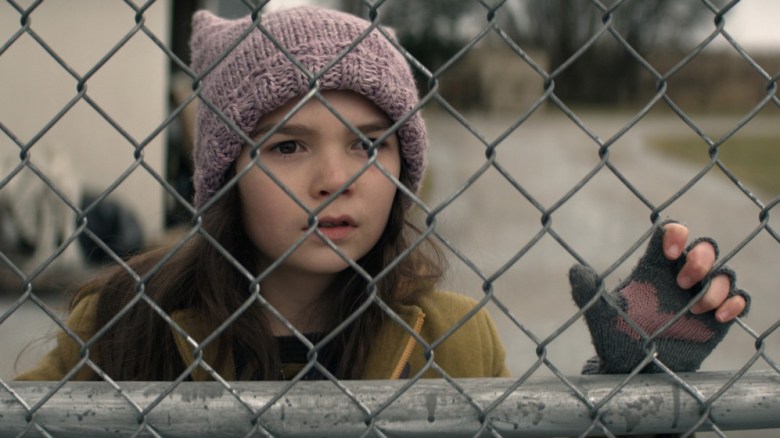 There may be a global pandemic going on outside but actress Brooklynn Prince is determined to bring a ray of sunshine. The nine-year-old actress who burst onto the scene with “The Florida Project” is leading the new Apple TV+ series “Home Before Dark.”

The series, based on the real-life adventures of child journalist Hilde Lysiak, follows Prince’s Hilde Lyisko after her family moves to the shadowy town of Erie Harbor. Alongside her journalist father Matt (Jim Sturgess), Hilde becomes enmeshed in a murder and the long-standing disappearance of a teenage boy.

Prince says she was drawn to the character’s intelligence, and while she didn’t strictly rely on the real-life figure the option was always there. The young actress, who goes through a litany of emotions throughout the various episodes, discusses her approach to conjuring up tough emotions, particularly during a scene where she confronts the local sheriff.

To hear her talk about the series is to see a child discover their new favorite book. Prince goes on to discuss the joys of reading each of the scripts, questioning with her mother various theories about how the storyline will resolve itself. She admits that she’s read a few of the scripts already written for season two, and while she doesn’t give spoilers about how the on-going mystery about Richie Fife is being handled, it’ll no doubt play a large part in Hilde’s journey going forward.

The old-school family mystery sails on Prince’s charm. In our initial review of the series, Prince’s ability to convey emotions helps anchor the show. “Prince simply has to drum up some tears and it’s enough to get the audience to want to pat her head and help her through the problem.”

But, being a young kid, Prince also has a lot of free time on her hands and hilariously decides to share what she’s been doing. Prince’s biggest truth bomb in the interview is the fact she’s just now reading the “Harry Potter” series. She’s also incredibly obsessed with the Christian Bale/Matt Damon feature, “Ford v. Ferrari” and is prepping to watch “Star Wars: The Rise of Skywalker” soon.

You can see more from our interview with Brooklynn Prince in the video above.

“Home Before Dark” is now streaming exclusively on Apple TV+.