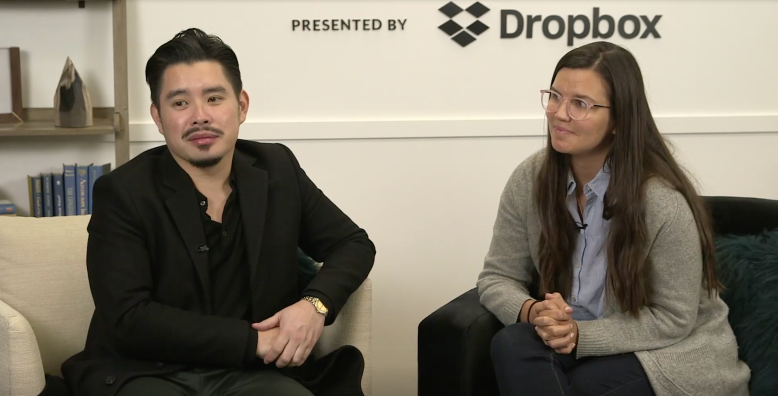 Set to premiere on Saturday, January 25, at the Sundance Film Festival in Park City, Utah, “Be Water,” which screens in the U.S. Documentary Competition section, offers the definitive portrait of martial-arts icon Bruce Lee. Director Bao Nguyen and producer Julia Nottingham stopped by the IndieWire Studio, presented by Dropbox, to discuss their documentary, which uses rare archival footage, memories of relatives, and his own words, to tell Lee’s experiences up until his death in 1973. The film also takes a close look at the films he made in the years just before he died, including “The Way of the Dragon,” “Fist of Fury,” and “Enter the Dragon.”

Last summer, Bruce Lee returned to the conversation after he was controversially portrayed (by Mike Moh) in Quentin Tarantino’s 1969-set Hollywood love letter, “Once Upon a Time in Hollywood.” The film is up for 10 Academy Award nominations, including Best Picture. One of the biggest points of controversy stemmed from a scene where Lee and Cliff Booth (Brad Pitt) fight each other on the set of “The Green Hornet.” Bruce Lee’s daughter, Shannon, condemned Tarantino for portraying the martial arts legend as an “arrogant asshole who was full of hot air,” while Lee’s protégé Dan Inosanto added that the film did not faithfully portray the action star.

When asked how “Be Water” works in dialogue with “Once Upon a Time in Hollywood,” if at all, Nottingham said, “Our film is about Bruce the complete guy, so we look at very much his journey and everything, where he came from, the challenges he faced. For anyone who has seen ‘Once Upon a Time in Hollywood,’ that’s a really small snapshot and an interpretation in a fiction film by a fiction film director. Our film is a documentary, and we’ve been working really closely with people that knew him, family members, and really studying the literature and the news that is out there in terms of the news of the past. You just get a very complete picture of the challenges he faced, and who he was. No one’s perfect, and we all have different traits of our personalities, and I think you’ll get that from our film.”

With regards to the pointed criticisms of Lee’s portrayal in “Once Upon a Time in Hollywood,” and whether or not the movie offers a very narrow slice of the action icon, Nottingham added: “In my personal opinion, it was an unfortunate decision for it to appear to be a very heightened caricature of someone who has many different sides to them. It was unfortunate that that was the only view of Bruce that we got, because there’s so much more.”

The IndieWire Studio returns to the 2020 Sundance Film Festival on Friday January 24th. Located on Main Street in the heart of Park City, Utah, the studio will be home to dozens of video interviews and will serve as a destination for actors, directors, producers, screenwriters, composers, and documentary subjects.

This Article is related to: Film and tagged Bruce Lee, Once Upon a Time in Hollywood, Sundance