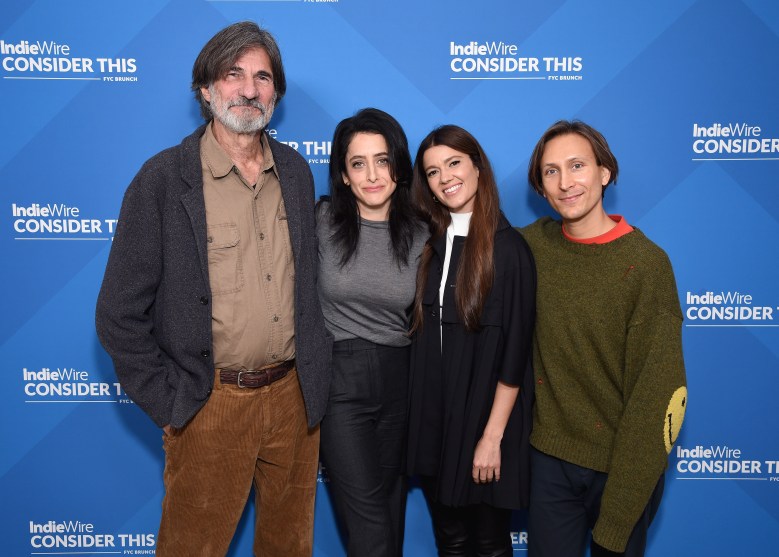 In the Apple TV+ drama “Causeway,” Jennifer Lawrence plays an army mechanic whose life comes to a sudden halt after she suffers a brain injury. Directed by theater and TV director turned filmmaker Lila Neugebauer from a screenplay by novelist Ottessa Moshfegh, the film follows Lynsey upon her return to the U.S. after a tour in Afghanistan led to her traumatic injury. All the while, she’s readjusting to her life as a mother, waiting for possible redeployment, and connecting with another mechanic with damage of his own, played by Brian Tyree Henry.

Celebrated at IndieWire’s Consider This FYC Brunch on November 18, the Apple TV+ drama first world-premiered at the Toronto International Film Festival to strong reviews for Lawrence’s performance. Critics heralded a return to the character studies that launched her career, from “Winter’s Bone” with her first Best Actress Oscar nomination to “Silver Linings Playbook” with her eventual win.

Despite the low-key naturalism on display, the movie was not made without obstacles. As revealed during IndieWire’s panel, like Lawrence’s character, the movie itself ended up in a period of suspended animation for several years, as a series of natural phenomena kept getting in the crew’s way.

“We shot through a number of natural elements that summer,” director Neugebauer said at IndieWire’s Consider This FYC Brunch. “Flash floods, heat waves. But then a hurricane put a real pause to our work; we had to evacuate. And our wonderful star had a hard out. And by the time we assembled everyone to come back in the spring of 2020, March 2020, we met a global pandemic. It would then take us a number of attempts to start up and stop due to a constellation of pandemic-related elements and obstacles, and we finally returned to New Orleans, where the film is set and shot, in the summer of 2021. So two years later, we finished the film.”

Neugebauer was joined by producer Justine Ciarrocchi, composer Alex Somers, and production designer Jack Fisk on a panel moderated by IndieWire Awards Editor Marcus Jones. During the conversation, the crew discussed what drew them to “Causeway,” working with Lawrence and her co-lead Brian Tyree Henry, and doing research into veteran affairs to create the film.

Ciarrocchi is Lawrence’s longtime assistant and producing partner, having worked with her since 2012’s “The Hunger Games.” “Causeway” is one of Lawrence’s first major films after a nearly three-year hiatus from filmmaking. At the brunch, Ciarrocchi discussed what made Lawrence choose the project, which was one of the first scripts they read when she started considering new projects again.

“So much of what was being submitted to us at the time felt very conventional, the stories felt pretty predictable, things felt perfectly resolved, this felt like it was the opposite of that,” Ciarrocchi said at the panel. “It was untraditionally structured, it felt relatable, the character’s stories weren’t perfectly redemptive, it felt like real life. It had been a long time since Jen had done something this intimate. The idea of seeing Jen in this mode again, I think was really compelling to her.”

“Causeway” is available to stream on Apple TV+. Watch the complete panel from IndieWire’s Consider This FYC Brunch above.

This Article is related to: Awards and tagged Causeway, Consider This Panels, FYC Brunch