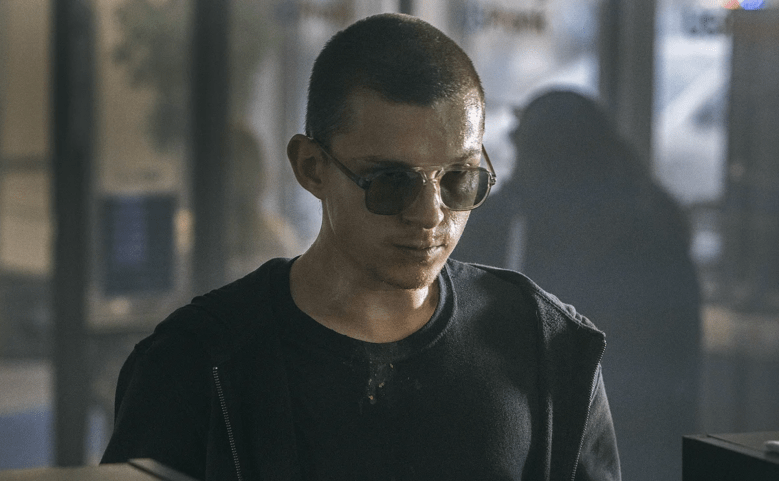 From falling in love and fighting a war to plunging into the depths of addiction and robbing a bank, the Apple TV+ drama “Cherry” puts Tom Holland’s titular character through an emotional wringer. The film is split into six different chapters, and cinematographer Newton Thomas Sigel says it was his task to create six unique looks for each section — the challenge was making sure they all worked together to form a cohesive whole.

In a discussion with Chris O’Falt, IndieWire’s film & TV craft deputy editor, Sigel detailed his deep collaboration with directors Anthony and Joe Russo and how exactly he balanced sections that stand out with cohesiveness.

“It’s all one story, but it’s a series of chapters that were all bringing the character from one place to a very, very different place at the end. It was almost like you were talking about six different films,” said Sigel, whose credits include “Da 5 Bloods” and “Drive.” “We talked about each one of these chapters as having its own look. The bigger, global picture for me was now that I’m defining these different looks, how do I put it all into one coherent movie.”

Sigel said audiences will accept bold and outlandish looks in a movie, but the key is defining rules that regulate that world.

For example, when Cherry first meets Emily (Ciara Bravo) and falls in love, Sigel sought to create a soft, fairytale-like look using vintage anamorphic lenses. He uses those lenses again when when Cherry returns from war, but the film’s look changes as he plunges deeper into addiction.

“You see it getting increasingly off-kilter — unbalanced frames, asymmetric compositions, just an increasing degradation of the stability of the frame,” Sigel said. “It was a visual metaphor for taking what seemed like a potential for happiness and love and a fairytale existence and subverting it.”

Earlier, when Cherry begins basic training for the military, a single 12mm lens shot using the entirety of the Sony Venice’s sensor helped create a boxed-in feeling with lots of close-up shots, mirroring Cherry’s feeling of being stuck with the decision to enlist.

Watch IndieWire’s full conversation with Sigel in the video above. “Cherry” opens in select theaters February 26 before streaming March 12 on Apple TV+.