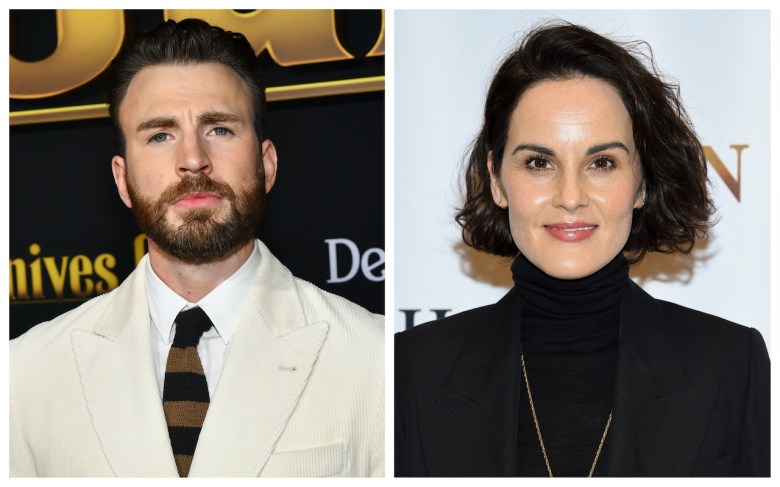 Parenthood is a scam.

At least, that’s the thought that crossed my mind multiple times while watching “Defending Jacob,” the taut crime drama series from Apple TV+ centered around a couple pushed to the brink after their teenage son is accused of murder. Forgive my heretical thinking, but any institution — biological or otherwise — built upon the idea that one must love unconditionally, even in monstrous circumstances, seems like a living nightmare.

Still, the rewards must outstrip the potential detriments, otherwise why would everyone keep doing it?

It’s this tension that suffuses the whole of the limited series, written by Mark Bomback and directed by Morten Tyldum. It’s the burden that plagues Andy and Laurie Barber, as explored by Chris Evans and Michelle Dockery to great success, and the question that haunts audiences long after the crux of the narrative is resolved, for better or worse.

Naturally, it was top of mind when IndieWire spoke to Evans and Dockery about the series in May, as three childless people sat down to discuss parenting. This is what we came up with:

“I think, of course, parents out there will relate somewhat to their hopes and anxieties with children,” Dockery said of the reality in which the Barber family finds themselves embroiled. “It’s just a very extreme situation that they’re going through. But yeah, I don’t know how [parents] do it.”

“I think for the most part, we’d all agree loving deeply is a risk and there’s a gamble involved. You’ve really got to untether yourself and let the let the ocean take you out,” Evans said. “But a kid is different because you are the primary caregiver, you’re in charge of their lives. If a marriage falls apart, you can leave. A child, it’s on you, you know what I mean?”

Where “Defending Jacob” really excels is when both Andy and Laurie are forced to confront their own potential culpability with regards to what kind of child they’ve raised. How much of who we are is who we were always going to be — and how much of it has been shaped by environment and experience and, yes, parents?

“It examines the the age old nature versus nurture question. Certainly my sister’s three kids, from before society and culture had their chance to have their their impact, these kids have their stripes,” Evans said. “So to some degree, nurture plays a role but nature is undeniable and and, and again, that that’s what links to Andy’s sense of guilt, because regardless of what you do as a parent, how unavoidable was this?”

For more of the actors insights into the perils of parenting, the potential similarities between fame and infamy, and the wonder of all things Boston, check out the video above.