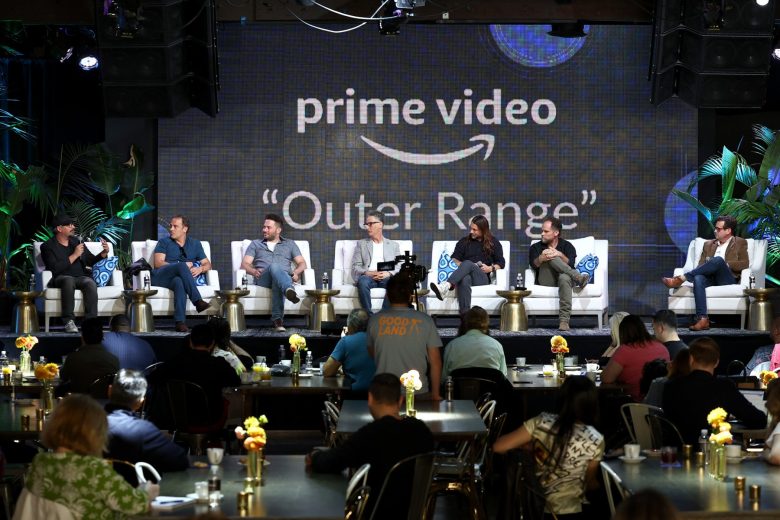 Sometimes, for a television crafts artist, genre can make your job a lot easier. Science fiction and westerns are both genres with distinct enough aesthetics to provide a starting point when designing a show. But what do you do when asked to combine the two?

That was the task given to the team behind “Outer Range.” Amazon’s mind-bending drama follows a Wyoming Rancher (Josh Brolin) struggling to hold onto his land when he finds a massive black hole in his field. The fusion of the two genres is one of the show’s main selling points, and its team worked hard to combine them into a unique look.

As it turns out, sometimes the best way to combine the genres is to ignore them entirely, to avoid leaning too heavily on specific tropes.

“One thing that we immediately decided was not to go into any genre too heavily,” said composer Jurriaans. “We could score the show as a Western, we could score it as a sci-fi, but what we decided was to take a middle ground and not go with either.”

An element which helped is that much of the show’s set was fabricated from scratch. While some might groan at the task of having to construct an entire farm, the production team saw it as an opportunity to build a world that fit the precise specifications of the show’s unique tone.

“The ranch did not exist before. It was a piece of land that was spotted as ideal, but we built that from scratch,” said Ortino. “Which gave our department an incredible opportunity, because we were doing everything.”

IndieWire’s Consider This FYC Brunch assembled some of the top talent behind five Emmy-contending shows to discuss the work that goes into creating great television. In addition to “Outer Range,” the event included panels on Apple TV+’s “Pachinko,” HBO Max’s “The Staircase,” Showtime’s “Yellowjackets,” and Hulu’s “Pam & Tommy.”