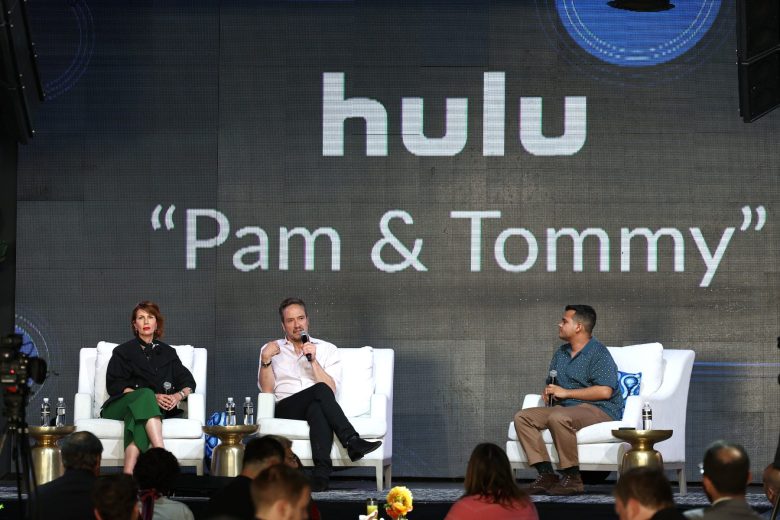 Convincing audiences to root for your protagonist is a difficult task for any screenwriter. But for “Pam & Tommy” co-showrunner D.V. DeVincentis, the job came with an extra layer of difficulty.

“It’s not easy to portray rich, famous people as victims, but they really were,” he said of the show’s main characters, Pamela Anderson and Tommy Lee. “It was hard for people to accept that they were victimized. To be the first people to have a leaked sex video, to ‘break the internet,’ people did not believe them that they had been ripped off, and as there had been subsequent ones which were deliberately leaked, made people believe them even less.”

DeVincentis joined the show’s costume designer Kameron Lennox at IndieWire’s Consider This FYC Brunch for a panel moderated by Marcus Jones. They both discussed the importance of reframing the story in light of new information that has come to light in recent years, and hoped that their show would challenge people’s opinions about the infamous sex tape leak. That philosophy allowed them to take a relatively realistic approach to the show (sans the talking penis, of course), because they trusted that shifting societal norms would be enough to make people view Anderson and Lee differently.

They also both discussed the way the story exists at the intersection of two worlds: one that predates the Internet, and another that is completely dominated by it. Not only does the series take place in the early days of the World Wide Web, it also deals with fame in a way that was foreign at the time (but completely familiar today).

“Tommy Lee was really one of the first people to be known for just being a famous person, said DeVincentis. “There’s a wide swath of people who know who Tommy Lee is now, but know nothing about him as a drummer. They just know him for this reputed phallus and this sort of reality TV swagger that he was introducing. So there is a very underground commentary to that as well, I think.”

IndieWire’s Consider This FYC Brunch, held at the Sunset Room in Hollywood May 12, consisted of five panels featuring cast and crew members from some of the hottest shows in the Emmy race. In addition to “Pam & Tommy,” other panels highlighted “The Staircase,” “Yellowjackets,” “Pachinko,” and “Outer Range.”

This Article is related to: Awards and tagged Consider This, Consider This Panels, FYC Brunch, Hulu, Pam & Tommy