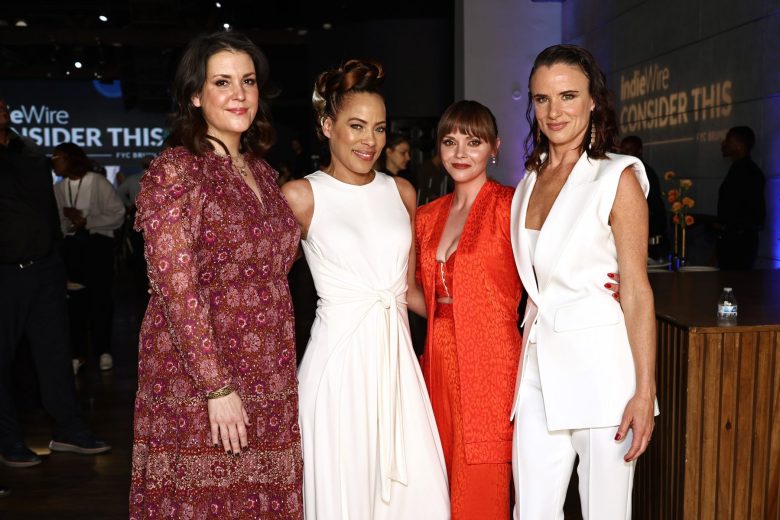 “Narcos” directly led to the creation of “Yellowjackets.” Yes, “Narcos.”

Ashley Lyle and Bart Nickerson, creators and co-showrunners of the Showtime hit about a high school girls soccer team stranded in the Canadian Rockies and their lives 25 years later, started working on the show after a stint as writers on Netflix’s drug saga. And they were eager for a change of pace after writing such a hyper-masculine piece of television but still found themselves being influenced by their experiences on “Narcos.”

“We still wanted to show women who were every bit as complicated and sometimes difficult to like as the men in that show,” Lyle said. “And it’s interesting to me that it’s still considered brave to do that. Because we’ve really gotten used to, over the past 15 or 20 years, showing male characters who are really complicated and sometimes despicable.”

That line of thinking led to “Yellowjackets.”

To discuss Showtime’s blockbuster hit, Lyle and Nickerson, executive producer and co-showrunner Jonathan Lisco, and stars Melanie Lynskey, Christina Ricci, Juliette Lewis, and Tawny Cypress joined IndieWire editor-in-chief Dana Harris-Bridson for a panel at IndieWire’s Consider This FYC Brunch. The event took place in Hollywood May 12. And while there were plenty of questions about the season’s cliffhangers and what fans might expect in Season 2, everyone was much more interested in discussing the way the show portrays its women-led cast.

Lyle went on to explain the morally dubious men are not only tolerated, in many ways they represent the foundation of television’s second Golden Age.

“You think of your Walter Whites and your Tony Sopranos and your Don Drapers, and that’s never questioned,” she continued. “But when you show women in a similar light, it’s still rare. And I think it’s strange that that’s still the case.”

While portraying women in that light may still be rare for the moment, the cast believes the show is paving the way for other shows to write similarly dark female characters in the future. And they all heaped praise on Lyle and Nickerson’s scripts for doing just that.

“This was a show that showed so many versions of being a woman,” said Christina Ricci. “And being a woman under duress, and the different ways we deal with our trauma and rage.”