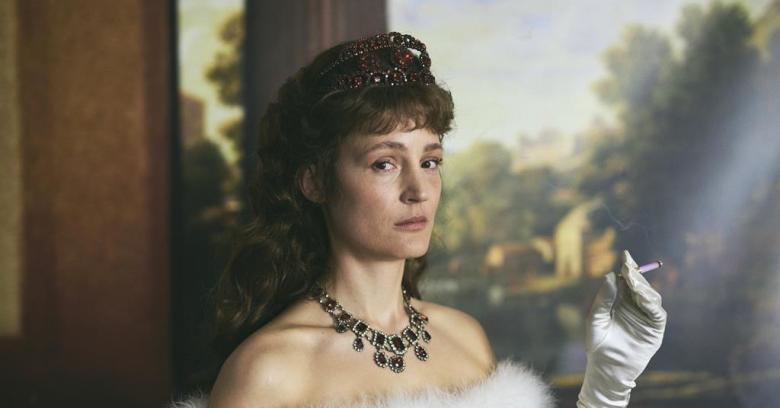 Marie Kreutzer was still fleshing out the screenplay for “Corsage,” her spiky depiction of the 19th century Empress Elisabeth of Austria (Vicky Krieps), when the Austrian writer/director went to the supermarket. At the magazine stand, she noticed a string of covers, all featuring Meghan Markle. “The headlines were different,” Kreutzer said, speaking over Zoom from her home in Vienna. “It doesn’t matter what it’s about, it only has to be about her. There’s always someone judging her. Whatever she did, it was wrong.”

That same judgmental gaze is a burden faced by Kreutzer’s version of the Empress from the start, as she turns 40 and grows tired of the formal expectations placed upon her at every turn. “The core of the film, for me, is that women have always been and still are raised and trained to please, Kreutzer said. “That’s something we grow up with.”

Kreutzer previously worked with Krieps on the couples comedy “We Used to Be Cool,” which came out one year before the actress obtained broader stardom as the breakout of Paul Thomas Anderson’s “Phantom Thread.” When she brought the idea of an unconventional biopic about the Empress to Kreutzer, the filmmaker resisted at first, in part because of the “Sisi” trilogy of films made about the character in the 1950s and the general sense that the character was overexposed in Austrian culture. “She’s mainly a tourist attraction here, in this country,” Kreutzer said. “That’s all I associated with her. But then the idea kind of stayed with me.”

With time, Kreutzer realized that Elisabeth embodied a kind of proto-feminist attitude in her late thirties with “small acts of rebellion” as she began smoking, engaging in sports, and refusing to eat. “I thought it was her way to show how unsatisfied and frustrated she was with her life as an Empress,” Kreutzer said. “She had to sit at these dinner tables because they couldn’t make her eat. She was trying to provoke reactions.”

Kreutzer was inspired by revisionist period dramas such as “Portrait of a Lady on Fire” and “The Favourite” to inject a more intimate and idiosyncratic sensibility into the form. “What we consider the perfect traditional period film, most of them are big, big Hollywood productions,” she said. “That’s something we can’t do here in the same scale with a European budget. It was clear to me that I would have to find another way.”

The result is a movie brimming with dark comedy in unexpected moments, like much of Kreutzer’s work. “There are moments where everybody’s laughing in the audience,” Kreutzer said. “Thats something I like — that there’s tension, and then release again.”

Krieps’ edgy performance was key in that regard. “She’s so much in the moment and she’s surprising over and over to me,” Kreutzer said. “We’re both very intuitive in our work.” She was especially thrilled by the way Krieps’ performance simmered with anger and individuality that transcended its particular moment in time.

“You could just show her as a sad, tragic, beautiful woman — and we’ve seen a lot of these,” Kreutzer said. “It always feels good to watch someone standing up for themselves.”

Watch the full interview with Kreutzer as part of IndieWire’s Consider This International series above. IFC Films releases “Corsage” on December 23.