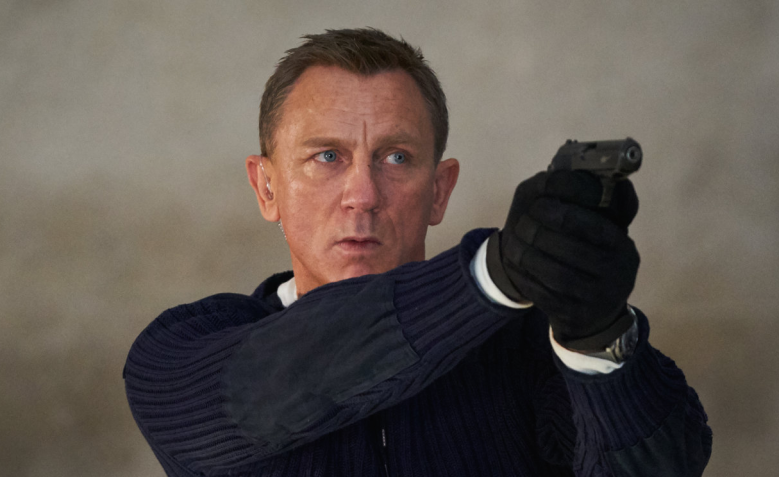 In 2005, Daniel Craig was at the Sundance Film Festival with “Layer Cake” and noticed “a swarm of people and screaming girls” speed past him. Then he realized the source of the hubbub: Pierce Brosnan. That was Craig’s first exposure to the sheer intensity of the fame that has followed every James Bond actor for half a century. A few months later, he would learn a lot more about that sort of fame, when he became the seventh actor to portray the character.

Bond defined Craig’s life across five movies and 15 years, but as he explained to IndieWire in a recent Awards Spotlight conversation, he was ready to kill the guy off after the first iteration. “I was thinking, if I can end it and there’s no way back for me, then I can walk away,” he said. “You can reset and start again.”

Craig was joined for the interview by longtime producer Barbara Broccoli, who laughed. “I came knocking and said, ‘That was fine, but there is more of this story to tell here.'”

That obviously didn’t happen. With “No Time to Die,” Craig caps a memorable ride as the character with a historic finish that has kept people talking all the way through awards season. Among the blockbusters in contention this year, the movie stands the best chance at a surprise Best Picture nomination, given its potential for multiple craft nominations and widespread support for Craig’s dedication over the years.

To a certain extent, Craig has been more of the auteur behind James Bond than anyone behind the camera on his credits. In conversation with Craig and Broccoli, who inherited ownership of the franchise from her father Albert years ago, the collaboration between the pair is undeniable.

Despite directors ranging from Sam Mendes to Cary Joji Fukunaga guiding Craig’s entries over the years, Broccoli made it clear that Craig was the most active visionary behind Bond’s destiny, working with writers on each screenplay even before directors were attached. “We tend to start with the writers and Daniel coming with what the movie is about,” she said. That process set the actor up for his poignant performance in “No Time to Die,” as the character contemplates whether he has any motivation left to continue his dangerous career at the expense of his loved ones. The devastating finale is an unprecedented moment in the franchise.

Craig’s somber facial expressions guide the movie even more than its biggest set pieces. “Because I was so fortunate to have worked on the script for so long and so deeply with everybody, I kind of knew where he was at each particular time,” Craig said. “I knew what I had to do, what was on my mind, what this decision was about, how close to the edge the character was.”

All of that hard work didn’t mean he was particularly invested in the future of Bond at the moment, though. “It’s not my problem,” he said. “The only ambition I ever had with any of this was to leave it in a good place.”

Watch the full conversation above, including Broccoli’s own indications about Bond’s next chapter and why Craig wants to “fight tooth and nail” for a theatrical release on the Netflix production of “Knives Out 2.”