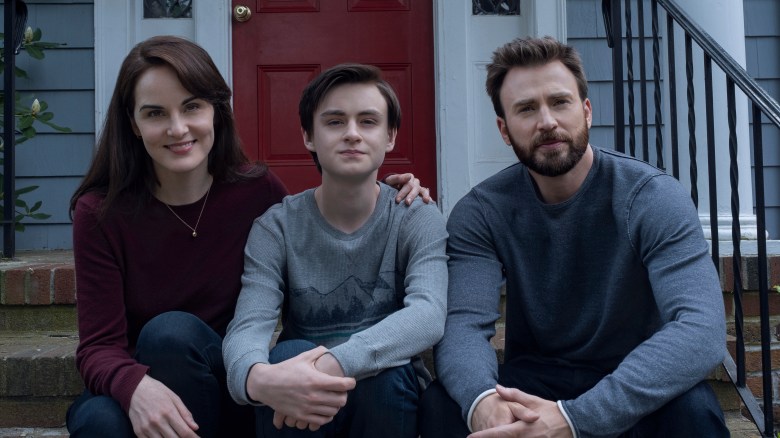 With any type of book adaptation, there’s a natural fear that something will get lost in translation. But author William Landay, the man behind the book “Defending Jacob,” said this time around, that’s not the case.

In a new video released by Apple TV+ about translating the book to the screen, Landay discussed how the story initially came together and how creator Mark Bomback “preserved the essence of the novel.” “The book grew out of my experiences as a prosecutor,” Landay said. It tells the story of the Barber family and what happens when their teenage son Jacob (Jaeden Martell) is arrested and accused of murdering a classmate.

“This isn’t a crime story about a family. This happens to be a family story about a crime,” Landay said. Bomback utilized the twist and worked to find “the best cinematic version of this story” Because the plotline is episodic, Landay said the show allowed for an opening up of the narrative to explore different avenues that might not have existed on the page.

It also creates a compulsive drive to finish the series, as star Chris Evans said he experienced even as he was reading the scripts. “The first time Mark gave me all the episodes I was like, ‘I’ll just read one tonight,’ and then you get to the end and you’re like, ‘I gotta read the next one now.'”

Director Morton Tyldum directed all eight episodes of the series which, according to Bomback, gave “a uniformity of directorial vision.” Tyldum and Bomback worked “very closely” together, said Tyldum, and added, “We knew exactly what we liked, what we wanted to do.” Landay said Tyldum’s “high standards” helped further elevate the material.

Bomback refused to be limited in the points of view that the original novel might have had. So he decided to expand and give all the characters their perspective, whether it’s Evans’ district attorney and father Andy or Michelle Dockery’s suspicious mother Laurie to Jacob himself. “You’re not seeing it through the eyes of the cops or victims,” Tyldum said. “You’re actually seeing it through this family.”

And while Landay said the actors do differ, in terms of physical description and age, from the characters he wrote, the new vision remains “wonderful.”