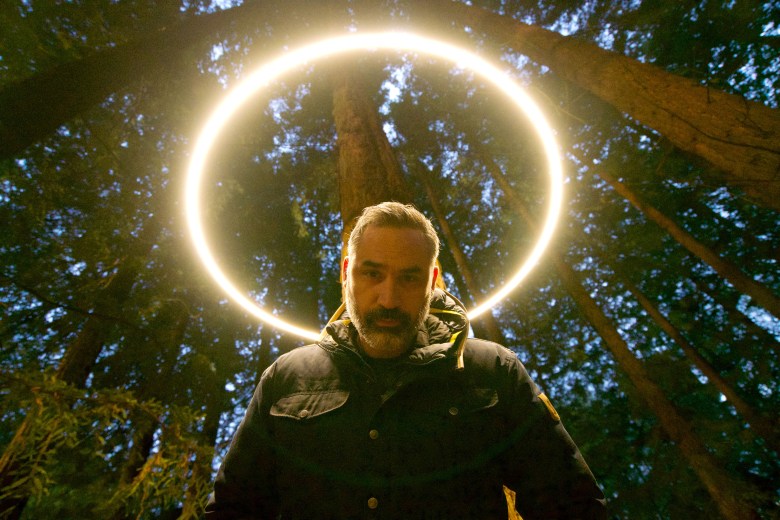 Alex Garland has brought to the big screen some of the defining science fiction stories of the last twenty years. From “Sunshine” to “Ex Machina,” Garland has mined the concepts of modern science to find stories that, by their very nature, can feel surreal. His eight-part limited series “Devs,” which aired on FX this spring, is no different.

“The ideas that are contained within ‘Devs,’ which are not my ideas, they are other people’s ideas, they have so much magic in them,” said Garland, when he was a guest on IndieWire’s Filmmaker Toolkit podcast. “It’s a hallucinogenic concept to think you and I have near-infinite number versions of ourselves having this conversation and some of them are wildly different, and some are more essentially identical. Soon as you start having that thought, and not treat it as a conceit for a science fiction story, but as something that actually might be the case, you’re into a world of hallucination, partly because it’s not really comprehendible.”

For “Devs,” Garland always saw the series taking place in a recognizable present day. But it was also key that the series not only be about how we were living right now, but the future it feels like we are rapidly approaching.

“I think it’s a decision you often have to make within science fiction, if you’re going to have to bring in a bit of future tech,” said Garland, who wrote and directed all eight episodes. “And it’s amazing what flows from that decision, so you have to end up having to redesign cars and coffee mugs and doors.”

The Devs facility — the secret research project in the middle of the Amaya campus (Garland’s fictional Silicon Valley tech company) — is the only other-worldly, semi-futuristic component of the series. Yet even the gold-pulsing metal structure is based on real scientific principles, stemming from Garland’s research of what is involved in housing a quantum computer. Using these practical considerations as a starting point, Garland and his filmmaking team took some poetic license in the production design of “Devs.”

“There’s the idea that the scientific heart of the space is also the most magical and lyrical and sort of poetic area within the story,” said Garland.

To see how Garland used scientific concepts to design the trippy Devs facility, watch the video above. To hear the full conversation, subscribe to the podcast: