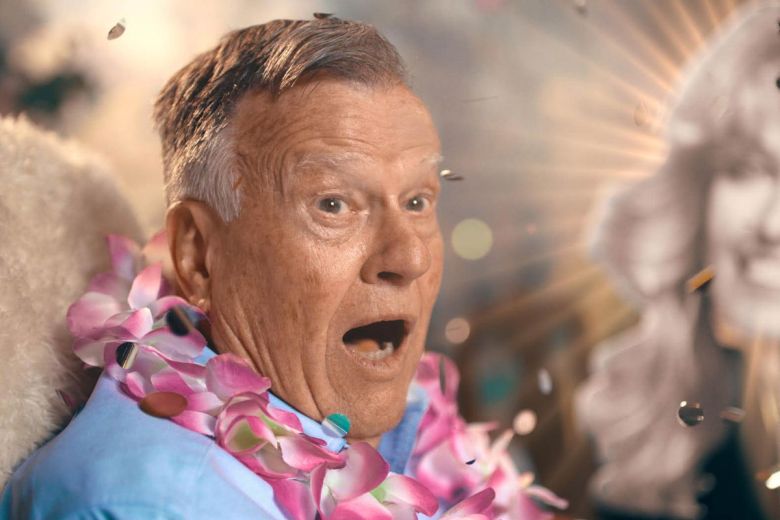 Documentarian Kirsten Johnson’s first feature as a director, 2016’s “Cameraperson,” was constructed from footage she had shot while being a cinematographer on other people’s movies. She mined meaning out of images that were part of other stories. For her sophomore effort “Dick Johnson Is Dead,” which premiered at Sundance this year, she didn’t have to travel the world because her subject was her own father suffering from dementia.

But even if on the surface the two works appear unrelated, she believes humor is perhaps the only major distinction. “It is wildly different in that I think ‘Cameraperson’ only has one laugh in it. So I’m really happy to have made a film with a few more laughs. But honestly the things that the two movies have in common are that I made ‘Cameraperson’ out of a deep need and I certainly made this film out of a deep need,” Johnson said during a Q&A as part of the International Documentary Association’s annual screening series.

When “Cameraperson” came together, the project felt deeply unfamiliar to Johnson. She feels similar about her latest, which features uniquely stylized and tonally peculiar depictions of her father’s death and even a mock funeral. Yet, while the movie is about her own life and her own father, the illness and the notion of his looming death have created a certain distance to that reality. “His dementia has rendered the world unfamiliar to me and has changed the nature of our relationship,” she explained. Watch the video of Johnson’s interview with Executive Editor & Chief Critic Eric Kohn above.

Making “Cameraperson,” a film she refers to as an experiment, freed Johnson from traditional narrative conventions and encouraged her to take a bolder approach on her latest work. From its inception, a dream the director had of a man that she didn’t recognize as her father setting up a casket and declaring, ‘I’m Dick Johnson. I’m not dead yet,’ the documentary was bound to be a one-of-a-kind piece of cinema.

“We were deeply unsure whether [‘Cameraperson’] would be understood, but we knew that we had done all that we could do. So the fact that it was received with so much love, sort of gave me this new space to say, ‘I want to try and push cinema in ways that I never have before. And it’s okay. It’s okay if this is a total wipe out, because the desire in this film is to keep my father alive forever,’” said Johnson. “I’m going to fail at that on one level. So failing at this movie felt like, ‘All right, let’s go as far into that as we can.’”

Initially, the director wanted the film to take her and her father on a journey around the world. Once Netflix came on board, “Dick Johnson Is Dead” received the budget that could make that idea feasible, but unfortunately her father’s dementia and physical condition had deteriorated and wouldn’t allow for that. Johnson had to rethink her approach into something more manageable for him without compromising her vision.

The tone of the movie worried Johnson, as it’s shifts from solemn, to morbid, and at times it’s strangely joyful. A major element she employed to play with tone was the movie’s soundscape working with Pete Horner at Skywalker Sound. Together they made unconventional, but deliberate choices. An example is the sound Dick Johnson’s head makes when he falls on the sidewalk. Depending how the thunk sounded the scene could be perceived as funny or disturbing.

“We played with tone on a sound level, knowing that it would take us into this new place,” she added. Sound also helped her inject a layer beyond the mundane into the moments of the story that happen entirely in their unvarnished daily life, such as when she films her and her father moving out of the house. Through the meticulous sound design, she injected the unimaginable into reality, elevating its emotional potency for humor or pathos.

“We were doing that with scenes, and then we were doing that with the overall structure of the film. We sort of had this mantra of let’s keep dropping a bowling ball on the roof of this movie. So that every time we had a structure that was functioning, then we would break it again in the way that death breaks us again, in the way that dementia breaks us again,” she noted.