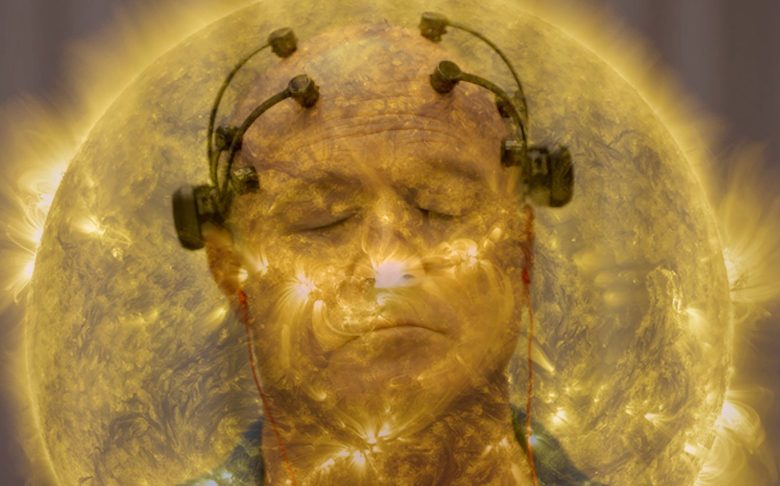 Before making thought-provoking documentaries in both form and content, “All Light, Everywhere” director Theo Anthony aspired to become a writer. In high school, he began making skate videos, which taught him how to edit. But it was with non-fiction later in life that he discovered a shape-shifting receptacle for all that intrigued him.

“Documentary has such a flexible approach, it could really take the shape of whatever you’re interested in. Through documentary, I’ve found this way to explore all these ideas with history, with science, with politics that I’ve been interested in for a really long time,” Anthony said during a virtual Q&A as part of the International Documentary Association’s annual screening series.

Following a stint as a journalist for VICE that included projects as a war correspondent in Eastern DR Congo, Anthony moved on to feature documentary. Well received by critics, his debut, “Rat Film,” examined the relationship between housing and racism in Baltimore. Now “All Light, Everywhere,“ which premiered at the Sundance Film Festival this year, investigates our collective trust in what police officer–worn body cams show us, without thinking about its hidden biases.

“With body cameras, I’m always drawn to these questions of image and power and how the two uphold each other,” Anthony said. “Narratives of power get upheld through images and images uphold those narratives of power… When I see something that sticks like body cameras, I just sort of know enough to kind of trust my instincts to start pulling that thread.” Watch the video of Anthony’s interview with film critic Amy Nicholson above.

For Anthony, his initial entry point into the subject came while in Baltimore at the time of the uprising in the aftermath of the killing of Freddie Gray in 2015. He realized that body cameras were the only idea that both sides — those defending the police unions and the ones advocating for police reform — agreed on as a measure to prevent incidents of brutality.

That the idea of the veracity of captured images was the bridge between opposing factions seemed strange to the filmmaker, so he set out to dig deep into how this footage comes into existence. Some of the subjects in “All Light” work for companies such as Axon Enterprise, the manufacturers of both tasers and body cameras, and Persistent Surveillance Systems. To get them to participate, Anthony explained that he was essentially making a movie about technology.

Journalists had previously documented the procedures and equipment Anthony filmed, so he wasn’t getting anything not already out in the public eye. However, through his work as an artist and as an editor he contextualized his findings and brought to the forefront questions about the frightening and unethical implications at play in what was presented.

“I don’t go in with these grand ideas of structure or a point that I’m trying to make. What’s crucial still to my filmmaking structure, but also the way that I hope audiences experience the film, is that they’re kind of learning these things with me,” he explained. “I don’t come in as an expert on body cameras or as an expert on early photographic history. I just really feel like I’m pulling this thread that I’m not making, that already exists in the world, that already exists in scholarship, that exists in other films. I’m just following and following and following and documenting my process of that journey.”

As a filmmaker, Anthony was deliberate in his choice to not show any video that might be upsetting to viewers. He understood that audiences are apprehensive to watch a film about body cameras, given they are associated with images of violence against Black bodies. For him, the film was always focused on challenging the perpetrators. By not retraumatizing the viewer with graphic clips, he allowed them to incisively observe how the images are conceived, and how they are sold and distributed by the same groups of people and institutions that are guilty of inflicting the trauma in the first place.

“We were really keen on holding our hands to the brightest light in the room and sort of seeing all the other shades of nuance that come into view,” he said. “And so that allowed us to really look at how these images are circulated, how they’re produced — and what they aren’t showing.”

This Article is related to: Awards and tagged All Light Everywhere, International Documentary Association