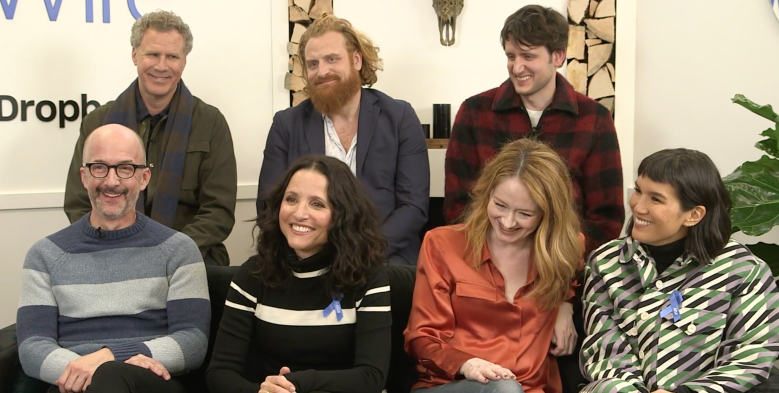 “Force Majeure,” Ruben Östlund’s black comedy about an unexpected implosion of trust set against the slopes of the Alps, represented Sweden at the Academy Awards in 2015 and was a minor foreign-language box-office hit in the U.S. So it makes sense that an American studio — Searchlight Pictures — would want to recreate Östlund’s wincingly funny film about a couple in crisis for stateside audiences. Enter “Downhill,” which recently world-premiered at the Sundance Film Festival, where the film’s cast and crew stopped by the IndieWire Studio, presented by Dropbox, to discuss it.

Co-directors/writers Nat Faxon and Jim Rash (co-writing with “Succession” scribe Jesse Armstrong) cast Will Ferrell and Julia Louis-Dreyfus in the roles of a husband and wife who, while on vacation in the Alps with their two children, encounter a brush with death. That comes courtesy of an avalanche that sends the husband fleeing from their alfresco dining table to save his own life — leaving his stunned wife and kids to fend for themselves or, presumably, to their own doom. The incident sends Billie (Louis-Dreyfus) into a spiral, and Pete (Ferrell) into a crisis of masculinity. In the Swedish original, this all added up to painful and absurd comedy; here, the slope-side mix-up and its fallout all appear to be played up for broad laughs.

“What spoke to me was the idea of a shift in the reality of a story,” Louis-Dreyfus told IndieWire. “In other words, these characters think life is one way, and an event happens, and a lens is taken off their perspective of their life as they’re living it, and everything is shifted in a scary way.”

As for why Louis-Dreyfus pursued this “Force Majeure” remake, she said, “I thought it would be a really interesting story to be retold from an American point of view, and relish the idea of opening up some of these characters in different areas and different ways. And I was particularly enthralled by the idea there really aren’t any good guys or bad guys in this picture…it has an ambiguity that was very appealing.”

“Downhill” is scheduled to be released on February 14, 2020, by Fox Searchlight Pictures. Read IndieWire’s review of the film here.

This Article is related to: Film and tagged Downhill, Julia Louis-Dreyfus, Sundance