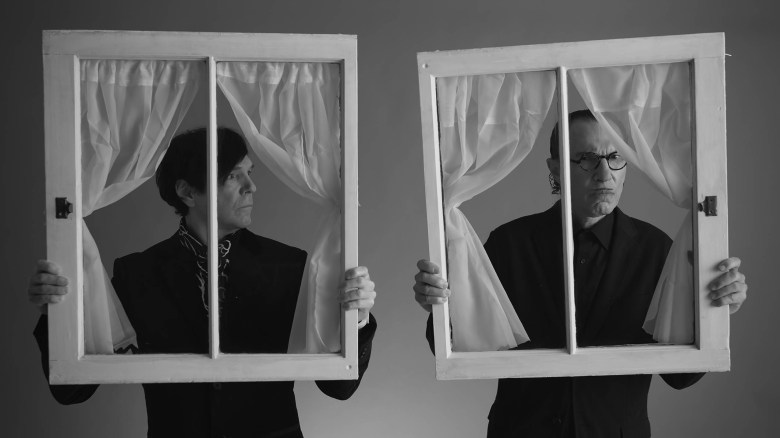 The band Sparks has been steadily releasing music since 1967, yet the enigmatic Mael brothers, Ron and Russell, remain a cult favorite even after 27 albums and multiple Billboard 100–charting singles. Why aren’t they more famous? According to “The Sparks Brothers” director Edgar Wright, it’s because before his 2021 documentary, no one had made a film about them.

But Wright required a little push before he eventually took the helm of the prolific band’s definitive chronicling — one that came in the form of director Phil Lord. As Wright recalled to IndieWire editor at large Anne Thompson at the International Documentary Association’s annual screening series, he and Lord were hanging out before a Sparks gig in 2017 when Wright was talking about how surprised he was that no one had made a film about the Maels.

“Oh, we said, ‘That’s a verbal contract. You’re now stuck with us,'” quipped Russell during the post-screening Q&A with Thompson.

The reason they hadn’t agreed to a documentary before is because nothing ever felt right. But the cinephiles, who wrote the score for Leos Carax’s “Annette,” were familiar with Wright’s work and decided to say yes.

Said Ron, “We really were resisting the need for a documentary. We’ve had other people approach us and there’s kind of a sense of a documentary in a general sense about a band being kind of the obituary — if not like a true obituary then just a creative obituary, that you’re being kind of seen in the past tense. So we always resisted.”

Wright collected groups of collaborators and celebrity fans ranging from musical heavyweights Beck and Björk to film icons like Jason Schwartzman and Mike Myers (and Wright himself) to discuss their longtime fandom of the group and tell the brothers’ story through their own listening journeys.

“One of the reasons why we felt so comfortable doing the documentary was that very idea that we didn’t have to explain ourselves or justify ourselves, that was other people, and people that were really from all different areas,” said Ron. “Not only different areas musically, which was really heartwarming for us to hear [from] people in different musical styles, but also people outside of music like Neil Gaiman and those sorts of people. …It meant so much to us to know that these people had been there all that time.”