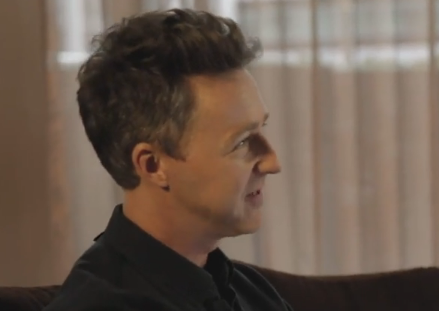 Three-time Oscar nominee Edward Norton is never boring. He has an instinct for playing compelling characters who grab audience attention, whether they are deranged and dangerous (the skinhead in “American History X”), narcissistic and charming (“Birdman”), or British and romantic (China drama “The Painted Veil”). Clearly, the political activist is hungry for movies crammed with ideas that will play for smart audiences.

As Hollywood makes fewer quality dramas, Norton stepped up with his adaptation of Jonathan Lethem’s brilliantly verbal 1999 novel “Motherless Brooklyn,” which took nine years for the writer-producer to develop and finance. And after years of uncredited rewriting (“The Incredible Hulk,” “Frida”) and editing room consulting (“American History X”), Norton decided to follow up his 2000 directing debut “Keeping the Faith” with “Motherless Brooklyn,” because he wanted to take the helm of a smart drama for adults that evokes 1950s film noir New York, complete with a dissonant jazz soundtrack.

Norton not only moved the setting from ’90s New York to the ’50s, but added a complex “Chinatown” subplot about city politics. Early on, studio executive Toby Emmerich backed the script, but literary adaptations weren’t his purview at New Line Cinema: when he became motion picture chairman of Warner Bros., he encouraged Norton to independently finance the $26-million movie and sell distribution rights to Warners.

In his second directing effort, Norton gives a wily lead performance as clever private detective Lionel Essrog, who laces his dialogue with inventive, scatty verbal tics — the character has Tourette Syndrome. He’s supported by a colorful cast including Gugu Mbatha-Raw, Willem Dafoe, Bruce Willis, Bobby Cannavale, and last but not least, Alec Baldwin as a racist and corrupt city powerbroker (inspired by Robert Moses) who believes that the ends justify the means.

Norton explains his attraction to this literary source material in our interview, in which he compares his afflicted central character to such Oscar-winners as “Forrest Gump” and “A Beautiful Mind,” and admits to being inspired by such equally ambitious actor-directors as Kevin Costner, Clint Eastwood, Warren Beatty, and Robert Redford.