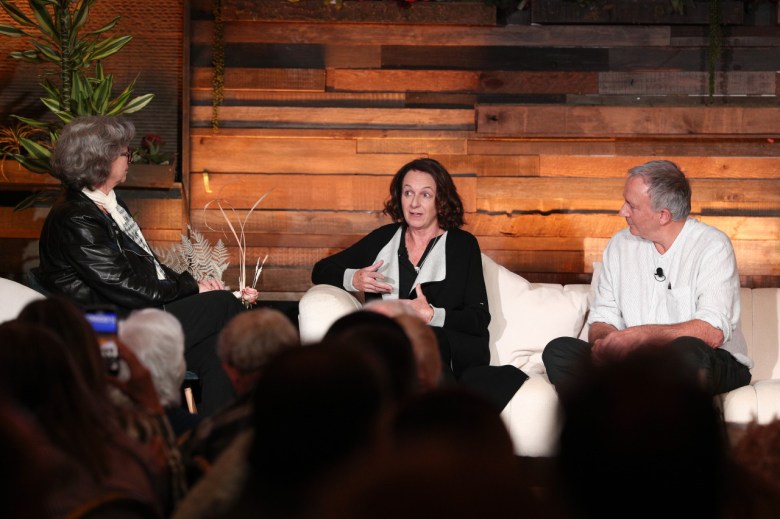 The influences that went into the making of “The Elephant Queen” make for a surprising trifecta of family-friendly favorites, and they’re all Oscar winners: the documentary “March of the Penguins,” and the animated classics “The Lion King” and “Shrek.”

As part of IndieWire’s Consider This FYC Brunch held November 5 at Liaison Hollywood in Los Angeles, directors Mark Deeble and Victoria Stone discussed their new wildlife documentary “The Elephant Queen” for an Apple Originals panel. The film, which is now in theaters and streaming on Apple TV+ as part of Apple’s inaugural wave of original film and television programming, takes you on the odyssey of a majestic mother elephant as she leads her family across the African landscape.

“When we started, our ambition was to make a film that would inspire the world to fall in love with elephants,” Deeble told audiences at the IndieWire panel, and that makes sense given the movies they say inspired their own.

Deeble and Stone spent 25 years living in the East African bush in advance of this documentary, whose elephant protagonist is Athena — and as the filmmakers revealed at the IndieWire FYC Brunch, Athena wasn’t easy to find.

“We were literally sharing water holes with poachers. We found the elephants to be incredibly nervous, and it became an untenable situation,” Stone said of the 18-month journey it took to discover Athena, who went on a journey to flee the approaching dry season. “We had to literally move into the park, and we kept on looking and looking, and a year and a half after we started, we didn’t find her; she found us.”

“The Elephant Queen” is not your typical wildlife doc, as it’s shaped and edited like a narrative feature film with the elephants as the main characters. The film originally premiered at the 2018 Toronto International Film Festival, followed by Sundance in 2019. The movie is narrated by Academy Award nominee Chiwetel Ejiofor. Right now, IndieWire’s Anne Thompson has the film among the frontrunners for the forthcoming Best Documentary Feature Academy Award shortlist.

This Article is related to: Film and tagged Direct, fyc awards brunch, The Elephant Queen, Video