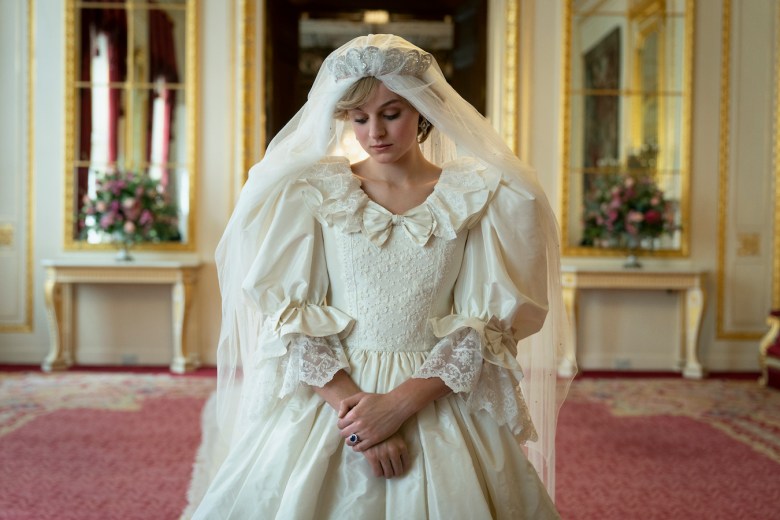 It’s officially the itchy part of the Emmy Awards season. We’ve entered the home stretch. The Creative Arts Emmy Awards will start being distributed in a matter of hours, with the Primetime Emmys just over a week away. All that’s left now is the waiting.

But that wait can be excruciating, particularly for awards pundits anxious to see how things play out on television’s biggest night and beyond.

That said, IndieWire Deputy TV Editor Ben Travers has been steadfast in his dedication to predicting the upcoming Emmy Awards, though when it comes to Drama Series, he has thrown common sense out the window and instead launched a campaign for chaos.

If you look to his Drama Series predictions, Travers still has Netflix’s “The Crown” as his pick for what will triumph in the category come September 19, but there are cases to be made for both Disney+ tentpole series “The Mandalorian” as well as Amazon Prime Video’s “The Boys.”

Further, if you listen to IndieWire’s TV podcast “Millions of Screens,” you can hear Travers go long on the case for chaos, so convincingly that I, TV Awards Editor Libby Hill, can’t help but agree.

This year’s Emmy Awards already seem to fall into two distinct categories: Locks and Chaos. The Locks are self-explanatory: Apple TV+’s “Ted Lasso” and star Jason Sudeikis; Jean Smart, lead of HBO Max’s “Hacks”; and most likely, Disney+’s “WandaVision” and “The Crown” in a whole heck of a lot of categories.

But wouldn’t the ceremonies be so much more exciting if categories unfolded as if winners were being chosen like names drawn randomly out of a hat? Give Don Cheadle that Emmy for his blink-and-you’ll-miss-it guest performance on “The Falcon and The Winter Soldier.” Reward “Conan” in Variety Talk Series. Hand over an Emmy to Aidy Bryant in Lead Actress for her work on “Shrill.”

Last year had its own bunch of big winners, what with HBO’s drama series “Succession” and limited series “Watchmen” doing quite well in their respective categories, while still having room for representation from other shows, including “The Morning Show” and “Ozark,” “Unorthodox” and “Mrs. America.”

Last year’s Comedy Series categories were all swept by Pop TV (RIP) series “Schitt’s Creek” and, to be honest, it wasn’t very fun. The sweep was something of a worst case scenario in a world where it’s increasingly impossible to watch most, much less all, the quality TV currently being produced, which leads to Emmy voters casting ballots en masse for the shows they watched and little else.

While it’s impossible for “Ted Lasso” to repeat last year’s historic accomplishment by the Canadian charmer — the series did not have a nominee in Lead Actress, most likely because the series didn’t submit anyone in Lead Actress — it wouldn’t be unthinkable to see “The Crown” pull off such an achievement.

But what does it mean when only a handful of shows win Emmys? Are there really only three, maybe four, good series on TV right now? No! Theoretically, TV has never been better or more inclusive, and it’s a colossal bummer that such variety likely won’t be reflected in the Emmy winners when all is said and done.

Or maybe it will. Sometimes these things work out exactly the way you hope.

Plus, it’s Emmy predictions time! Listen as the crew makes final picks for who will triumph at this year’s Primetime Emmy Awards, this week focusing on the Drama categories. Plus, Ben catches Libby and Leo up on the highly anticipated return of FX’s “What We Do in the Shadows” and lets them down easy on HBO’s remake of “Scenes From a Marriage,” starring Jessica Chastain and Oscar Isaac.

This Article is related to: Television and tagged Emmy Awards, Netflix, The Crown