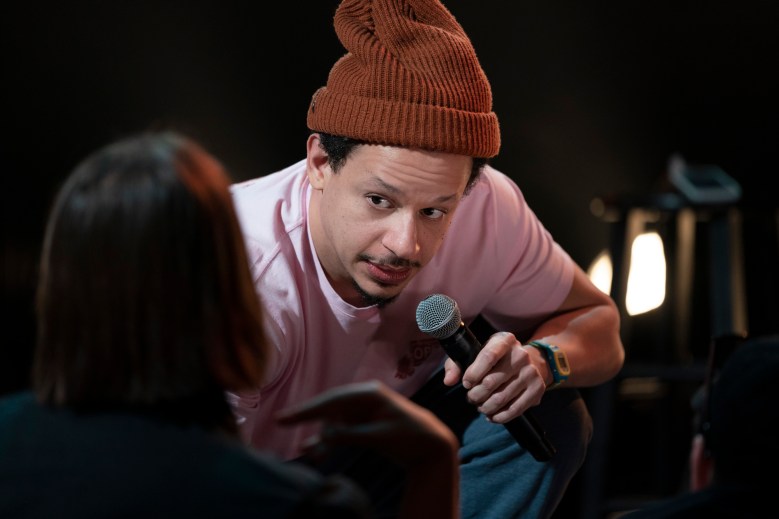 Comedian and veritable surrealist Eric Andre has done everything from storming into restaurants dressed as an octopus to roaming the New York City subway as a centaur. Even despite quarantine, Andre hasn’t slowed down as he just released his first ever Netflix stand-up special, “Legalize Everything,” on June 23. This summer, IndieWire spoke to Andre about his career and what he’s been up to in lockdown — including movie-watching and binge-drinking — during an Instagram live conversation moderated by Chief Film Critic and Executive Editor Eric Kohn. Watch the full video above.

One question that came up, as it does for many guests, is how Andre’s viewing habits have shifted in the last few months. An “Uncut Gems” and “Good Time” superfan, Andre said he maintains a pen-pal relationship with the Safdie brothers. “I’ve only seen ‘Good Time’ and ‘Uncut Gems,’ but they’re two of my favorite movies of the last two years. Those guys are incredible. They are such a breath of fresh air. They’re true filmmakers,” he said.

Andre also said their correspondence led him to his favorite cinematic discovery of the past year, William Friedkin’s 1977 thriller “Sorcerer,” starring Roy Scheider. The neo-noir about a quartet of far-flung men risking their lives to haul nitroglycerin through the South American jungle has been reappraised as a cult classic in recent years. “That movie is fucking incredible. I would watch it over and over again,” Andre said.

Before “Legalize Everything” the comedian established himself on Adult Swim’s “The Eric Andre Show.” He has also appeared in several notable feature films. He voiced one of the hyenas in Disney’s 2019 CGI remake of “The Lion King” and will next release his “Bad Trip” hidden-camera comedy on Netflix sometime soon. “The Eric Andre Show,” meanwhile, will return for a fifth season on Adult Swim later in the year.