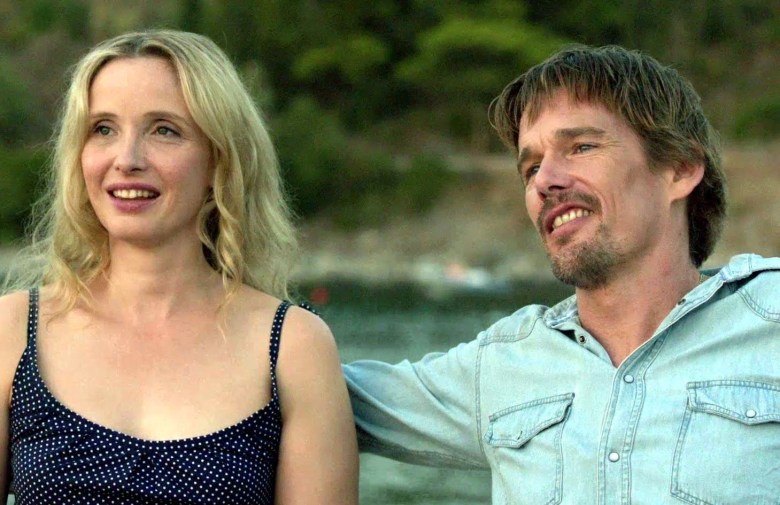 Ethan Hawke took a break from self-distancing in upstate New York to join IndieWire’s Eric Kohn for a live discussion on our Instagram page earlier today. The Oscar nominee covered a wide array of subjects, hailing Sidney Flanigan’s work in “Never Rarely Sometimes Always” as one of the best performances he’s ever seen and sharing advice on how to stay connected in these isolating times. Like most conversations with Hawke, the discussion eventually got around to his career-defining work as Jesse in Richard Linklater’s “Before” trilogy. Hawke got energetic when imagining a fourth “Before” movie set in during the current global moment.

“Wouldn’t it be hysterical if the next movie was just them in isolation?” Hawke said (watch clip above). “If there’s one person to make the world laugh about what’s happening now it’s Julie Delpy. I cant imagine what she would say about this. And Linklater is such a scientist. He has something powerful to say about this. Maybe this one should be set in Italy. Just go right into the fire and [Jesse and Celine] are singing with all those people on their porches.”

“If the first three were all nine years apart, the fourth would not follow that trajectory,” Hawke said. “Linklater would want a different path, either a short film set four years after ‘Midnight’ or a feature two decades in the future. We think about it. Those are the three best experiences of my life: ‘Before Sunrise,’ ‘Before Sunset,’ and ‘Before Midnight.’ They are a part of me. So the idea of revisiting it, I would have to believe we could make something as good.”

Hawke continued, “Those movies worked because all three of us were making the same exact movie every time. When people make sequels just to be together…like Burt Reynolds just made sequels to party with those friends. They could make a million ‘Cannonball’ movies. You could tell they were having a great time. I don’t know if the audience was. We enjoy working together and being together, but we have to make sure we have something to say.”

Watch Hawke weigh in on “Never Rarely Sometimes Always” in the video below.

This Article is related to: Film and tagged Before Midnight, Before Sunrise, Ethan Hawke, IndieWire Live