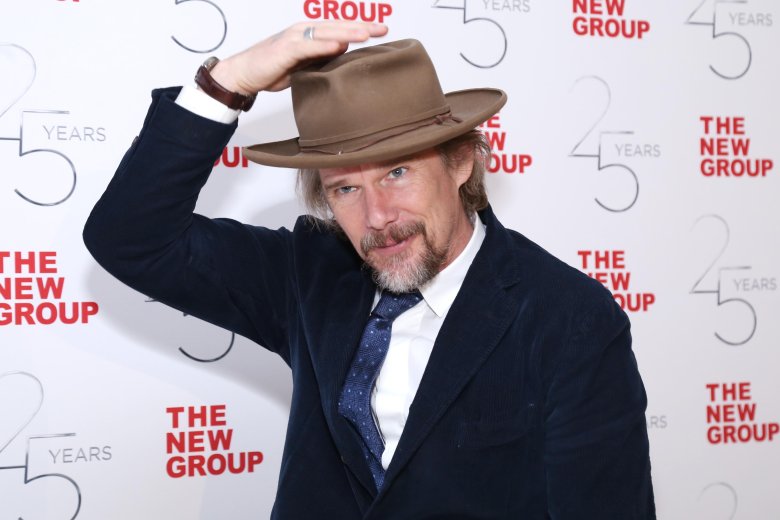 As much as one can in these couch-bound times, actor and filmmaker Ethan Hawke took a breather from self-distancing in upstate New York to join IndieWire’s Eric Kohn for a live discussion on Instagram last week. His candid thoughts ran the gamut, from his heaping praise for Eliza Hittman’s “Never Rarely Sometimes Always” to the making of “First Reformed” with director Paul Schrader and the possibility of another entry in the “Before Sunrise” series. However, the conversation took an unexpected turn as Hawke offered up a balm for weary souls with a live reading of William Shakespeare.

“When I dropped out of college, I would challenge myself to learn Shakespeare, some soliloquy or poem, because I wasn’t going to school and I felt like a loser,” Hawke said. “I found [a passage] today that I felt was relevant to our situation.”

Hawke put on his glasses and pulled up a copy of “As You Like It,” Shakespeare’s classic pastoral comedy of manners. Speaking from the point-of-view of a duke in exile, Hawke read, “Sweet are the uses of adversity, which, like the toad, ugly and venomous, wears yet a precious jewel in its head. And this our life, exempt from public haunt, finds tongues in trees, books in the running brooks, sermons in stones, and good in everything.”

Hawke also added that — “fun” fact — Shakespeare wrote “King Lear” while under quarantine. In the early 1600s, the Globe Theatre shut down during the plague, so Shakespeare took advantage of his time in isolation to pen the epic play. “If he could do it, so could you,” Hawke said.

While hunkering down at home, when he’s not reading, Hawke said he’s been sharing silent movies with his kids while looking for inspiration for his own work. “Why did I used to make fun of this kind of presentational acting?” he said. “One of the things about Buster Keaton and Charlie Chaplin is they managed to be both completely realistic and believable, but they’re doing slapstick pratfalls. It’s obviously rehearsed. […] I am selfishly showing my kids these movies because I’m studying them.”

In closing, Hawke offered his thoughts on confronting fears, especially at a time of national crisis, tipping first to a quote from Seymour Bernstein, the pianist he profiled in his documentary “Seymour: An Introduction.” “Make friends with your fear. Fear is your teacher.”

“When you say, ‘yes I am afraid, I’m scared of the future,’ then courage can arise. If you’re constantly pretending you’re not afraid, then you’re off-balance,” Hawke said. “This is a scary time, and we will rise and we will handle it. The question that’s more exciting is how. Pretty much nobody throughout history has ever learned anything without suffering. It doesn’t happen. All we want is to have a good time, pursue pleasure, collect more things, have nothing bad ever happen to us. But if it didn’t, we wouldn’t learn anything, and we’re given the chance right now to have a real evolution in thought.”

This Article is related to: Film and tagged Coronavirus, Ethan Hawke