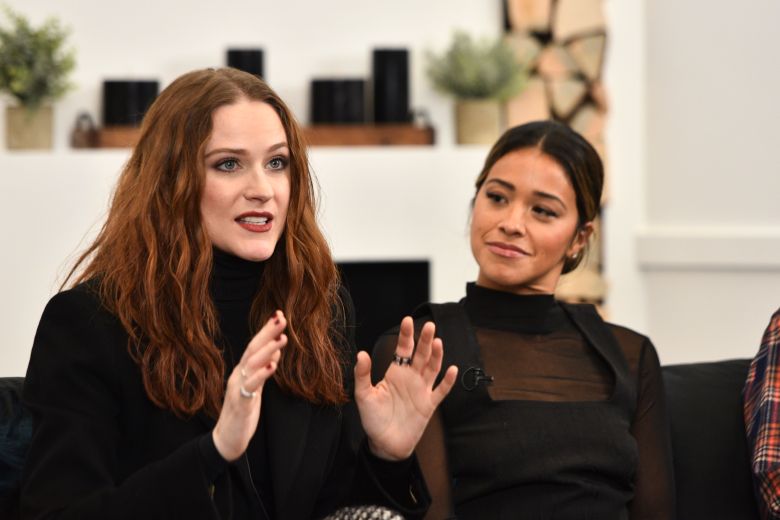 It will have been a year and a half since the last season of “Westworld” concluded, but the third season of the sci-fi/fantasy series airs on HBO March 15. Fans eagerly awaiting the show’s return know that the next season will be a major departure from the first two — including a World War II setting — based on trailers and interviews. As star Evan Rachel Wood describes it, “It’s like a different show.”

Wood came to the IndieWire Studio at Sundance, presented by Dropbox, to discuss her latest movie, “Kajillionaire,” directed by Miranda July and among the festival’s hottest titles. She also took time to answer questions about the upcoming season of “Westworld.” While hesitant to reveal too much when asked about what viewers can expect for the new eight-episode season, but she did offer this: “We just finished Season 3, so I know quite a bit. I don’t know how long they plan on carrying it on for, but I know that this season is unlike anything we’ve done.” she said. “We have new cast members. We have Aaron Paul, Lena Waithe, Vincent Cassel. It just keeps expanding and growing. I’m really excited for people to see where we’ve taken it.”

For her part, Wood said she’ll work on the show for as long as showrunners Jonathan Nolan and Lisa Joy will have her. In addition to providing her the flexibility to work on projects like “Kajillionaire” while jugging her hit series, Wood said she remains passionate the HBO series.

“It just knocks me on my ass every season. It’s the hardest thing I’ve ever done, the most grueling show to work on. I love it because it pushes me to my limit,” she said. “I feel the most fulfilled when I’m working on something that is challenging, even though I vent a lot and I’m tired and frustrated — that usually means i’m doing something worthwhile. I can get bored really easily if I’m not challenged enough.”

Wood, who has played Dolores on “Westworld” since the show’s inception, said her role in “Kajillionaire” was similarly challenging. She plays Old Dolio, the 20-something, socially awkward daughter of two Los Angeles grifters. Her performance is marked by a dramatic physical and personality transformation that included Wood using a deep voice.

“I had to change everything about me,” Wood said. “It was such a contained performance. Those can actually be the hardest. Sometimes its easier to just be wild and let go. It’s hard to hold things in and still communicate.”