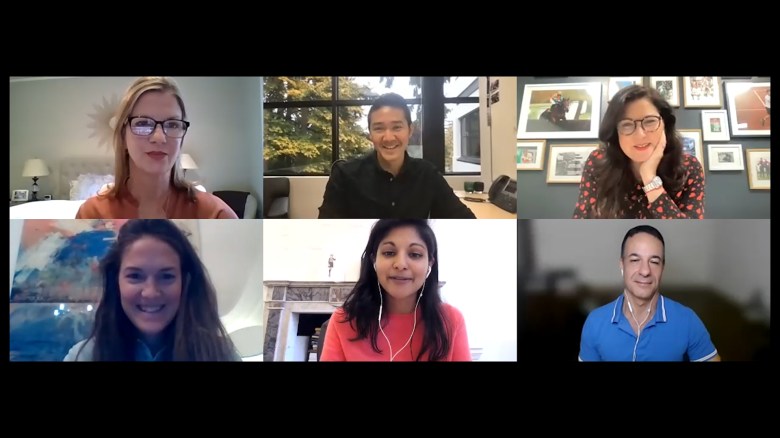 Now more than ever, the content business is a global one. As the streaming wars continue, players from around the world are looking to expand outside of their core markets and into other countries, in many cases facing tough competition from more established streamers on their home turf.

In the latest installment of the Variety & IndieWire Streaming Room presented by Vuulr, entertainment executives from around the world who are grappling with this streaming environment joined Variety International Editor Manori Ravindran for a panel titled “Succeeding in Global Content Discovery and Curation to Build Audiences.” It featured Reemah Sakaan, CEO of BritBox International; Ian McKee, founder and CEO or Vuulr; Jason Kwong, chief strategy and digital officer of Redbox; Amy Kuessner, SVP of content strategy and global partnerships at ViacomCBS Streaming; and Filippa Wallestam, EVP and chief content officer of Nordic Entertainment Group.

At BritBox, part of the company’s strength comes from its twin parent companies, the BBC and ITV, which source some of the British content that has helped make the service a hit in the U.S. Now, Sakaan is overseeing expansion into 25 countries around the world.

It’s all about “balancing your core markets and still have headroom for growth with your international expansion around as much a centralized and consistent editorial strategy as you can, so that your rights and content go as far as as you can — finding those universal audiences across territories,” she said.

Global hits have never been bigger, Sakaan said, and key for BritBox is balancing the need for global hits with a steady stream of evergreen content that keep subscribers coming back.

McKee said “Squid Game” is a perfect example of the kind of risks streamers need to take in order to break out from the rest of the field. The series’ producer, Siren Pictures, never had a hit outside of South Korea, but “Squid Game” has gone on to become Netflix’s most-watched series since it was released in September.

A key strategy at ViacomCBS’ linear, ad-supported streaming service Pluto TV has been developing channels that are unique to the service. “Think of those as individual cable networks that are unique and different and do not exist anywhere else in the marketplace that cater very specifically to people’s passions, moods, and interests,” Kuessner said.

That includes its channel dedicated to the “CSI” franchise, Pluto’s most popular offering, and leaning into nostalgia by programming “The Andy Griffith Show,” “The Price is Right,” and “Gunsmoke.”

For Nordic Entertainment Group, nostalgia has become less important for its Viaplay platform amid a ramp up in production of originals. Six out of Viaplay’s top-10 sales-driving titles this year were originals, Wallestam said.

Viaplay is a key player in the Nordics, and recently expanded into the Baltics, Poland, and will launch in the U.S. and other European countries in 2022. An important part of that strategy is rethinking the company’s approach to acquisitions.

“We’re not buying content in the same way [not just picking a few shows]. It’s more ‘Is this a partner that we can parnter with, preferably in many markets, and we can help each other?’ We can hopefully also co-produce some shows together,” Wallestam said. A good example of that is the company’s alliance with Lionsgate’s Starzplay streaming service; soon, all Starzplay content will be available in the Nordics on Viaplay.

At Redbox, which has been expanding beyond DVD kiosks and into linear streaming, AVOD, and SVOD services, executives are busying thinking about how the best serve content to consumers. Amid increasing competition, it’s important to develop algorithms that consider more than just a consumers’ interest.

“It becomes contextual — time of day, day of week. We’re in the early stages of really working towards that,” Kwong said. “Our consumers have the benefit of so much choice in content today, but they also have the peril of having to go figure out what to watch across all these different services and platforms.”