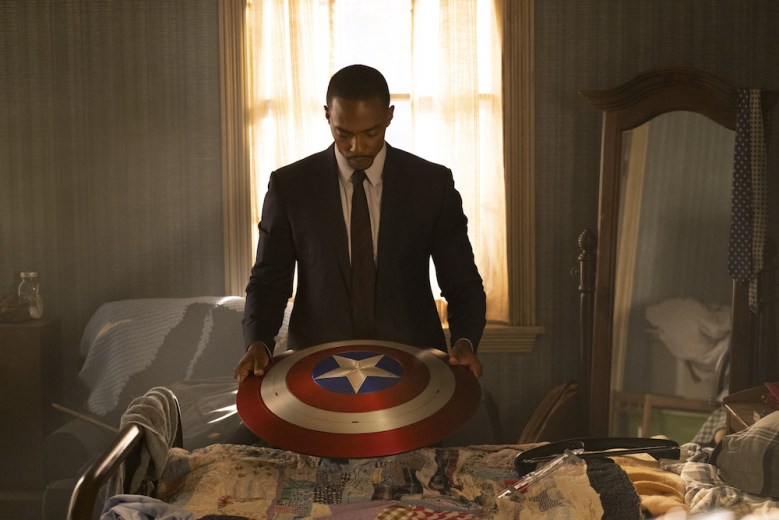 Anthony Mackie said he felt “complete fear and horror” at the prospect of getting his own Marvel show. The actor, who has been playing Sam Wilson since making the character’s first appearance in the 2014 feature “Captain America: The Winter Soldier,” explained no one wants to be actor to mess up the well-oiled machine that is the Marvel Cinematic Universe. But, as audiences are seeing with the first episode of “The Falcon and the Winter Soldier,” now streaming on Disney+, that’s far from the case.

For Mackie, he didn’t think it’d be possible for a show to touch the level of cinematic quality that was established in “The Avengers: Endgame.” “Just the scope and magnitude of that final sequence in ‘Endgame,’ I didn’t think we’d be able to do that on television,” he told IndieWire. “What we’ve been able to do with this show is really gonna change the game as far as what we now expect of our level of television entertainment to be.”

A key element of this series explores Sam Wilson’s new life in Louisiana. Mackie explained that he’s excited to bring depth to Wilson’s backstory that have yet to be explored. “He’s not a superhero,” he said. “He’s a regular guy that just happened to have Captain America knock on his door. All of this is new to him, all of this is different to him.” The series, looking at events after the blip brought and returned the population in “Endgame,” is set to explore what the new normal looks like for these characters and the nature of being a superhero.

That question of the new normal draws comparisons to what’s going on in our pandemic-ravaged world. In fact, the series itself dealt with extended downtime because of global events. But Mackie said that’s the ironic nature of the series because that wasn’t immediately on anyone’s mind when they embarked on the project, or when they were filming it. “They started writing the show in 2017,” he said. “We started production in 2019, so our COVID blip didn’t happen till 2020. It wasn’t something that changed or evolved with the show.”

It is, however, what he finds timely and unique about the series. “It’s very smartly written,” he said. “They did a great job with conceptualizing our reality now into the show even though we didn’t even know it was our reality.”

“The Falcon and the Winter Soldier” is streaming now on Disney+

This Article is related to: Television and tagged Anthony Mackie, Marvel TV, The Falcon and the Winter Soldier