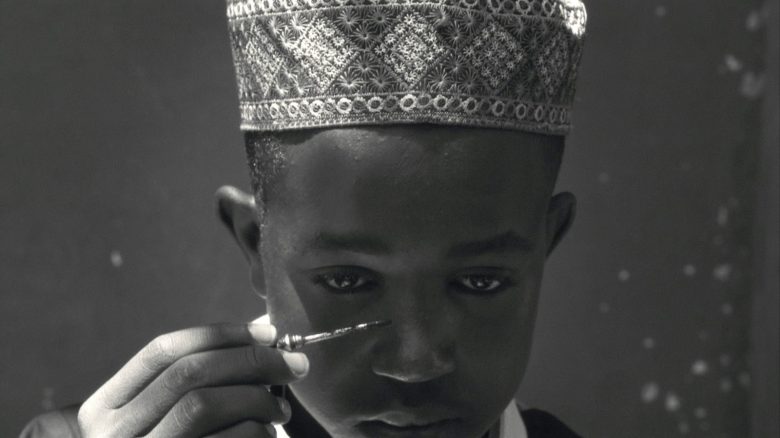 Born in Mexico and raised in Ethiopia, self-taught filmmaker Jessica Beshir burst into the documentary scene when her debut feature “Faya Dayi” debuted at the 2021 Sundance Film Festival.

An evocative exploration of the consumption and production of khat, a stimulant chewing leaf traditionally used for Sufi religious practices, the film started out as a way for the director to connect to her elderly grandmother and became a document of the dangerous commodification of the plant as the main source of income for many in the town of Harar.

“I had so many questions about what was happening. And realizing the magnitude of the trade now, of the economy, it just felt like the whole world evolved around khat,” she said during a virtual Q&A as part of the International Documentary Association’s annual screening series.

Beshir shot footage over 10 years with limited equipment and without funding, returning to Ethiopia once a year on her own dime. Her family had left the African country and moved back to Mexico due to political turmoil, so this endeavor, rudimentary as it was at first, felt like a homecoming.

She eventually relocated to New York, where the decision to devote herself to cinema was sparked by Fred Nelson, a man she often saw at the park tap dancing on a wooden board, not for others’ entertainment but as a communion with himself. He eventually became the subject for Beshir’s first short film, “He Who Dances on Wood.” Unable to afford film school, she learned the craft with online courses and at her own pace.

“It was an autodidact practice, but I love that it was that way because it became almost like a spiritual practice because it was doing something to me. It was really showing me the way when I felt lost completely,” explained Beshir.

As she did for all her shorts, Beshir was her own cinematographer on “Faya Dayi,” working with a humble Canon EOS 5D Mark II camera. “In the absence of any other collaborators per se, I needed to rely on myself. I needed to trust my intuition. I needed to trust my instinct and truly go for it,” she noted. From the outset, she knew that images she captured in color would only reach their full narrative potency in black-and-white.

“Harar is a very colorful place,” she says. “It’s one of the most colorful places you’ll see in this world. It bursts with color and it was gorgeous and beautiful, yet, I didn’t feel like that was the story that I was trying to tell.” Watch the video of Beshir’s interview with IndieWire Editor-at-Large Anne Thompson above.

“In the film, one of them says, ‘We humans are equipped to see appearances, but can we truly tell what’s inside?’ For me, black-and-white was definitely a way of bringing that into the film,” she recalled. “I was trying to focus on what was inside, what were these souls uttering to each other, to the creator, to themselves too. I felt that color was very distracting and I wanted to focus more on these feelings.”

As she spent more time with the khat farmers and the Sufi mothers, following the rhythms of the people and the place, Beshir felt her vision for the film take shape. The years-long development on the ground helped Beshir understand what was happening in the country, while simultaneously honing her craft.

Throughout the process of filming and editing the project, Beshir refrained from passing any moral judgment on the farmers obliged to plant khat for their own survival or on the young locals who seek escape from despair and economic hardship in the drug. Instead, she concentrated on trying to understand the issue with a multi-faceted lens.

“This film was exactly about the beauty of the place and the people, and also about the spirituality…it was never about pointing a finger,” noted the director. “It was trying to find out why. It’s almost like if your brother all of a sudden is going through an addiction — you can bash him, or you can actually have a loving conversation.”