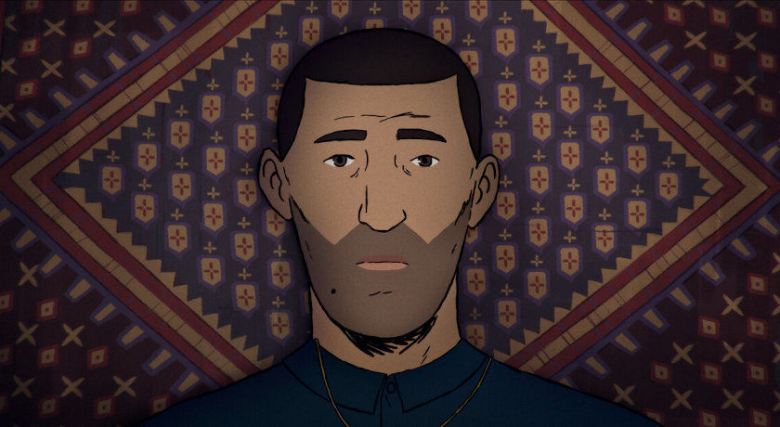 It took 25 years for Amin Nawabi, the subject of Jonas Poher Rasmussen’s Sundance hit documentary, “Flee,” to open up to his friend about his harrowing life story. Nawabi fled Afghanistan as a kid in the ’80s, eventually winding up in Denmark where he and Rasmussen became high school classmates, but he had never shared his full journey — until now.

In the animated film, Nawabi details his life as a child in Kabul, his life as a refugee in Russia, and his eventual arrival in Denmark in vivid detail. Following an International Documentary Association screening of his film in Los Angeles, Rasmussen explained how he was able to paint such a striking picture of events that happened long ago: He had his subject lie down and close his eyes and speak in present tense, an old radio technique he’s employed before.

“When doing radio, you don’t have an image, so we need the subject to paint a picture for you. And by doing so, I asked him to be really descriptive about everywhere we went into his memory,” the director explained. “So for example, in the beginning when he’s in his childhood home and his sister is in the garden telling stories about their father, I would ask him, What did the garden look like? What kind of plants were there? Were there any trees? What did the house look? What were the colors? All these things would give us a lot of information for the animators to work with, but it will also put him back there. It would start to generate memories that he could talk about, and he would relive these things more than just retelling them.”

Although Nawabi eventually agreed to tell Rasmussen his story and trusted him implicitly in the process, he still needed to remain anonymous because of some sensitive revelations in the film. Rasmussen, then, is the sole public representative of Nawabi’s story — a task he does not take lightly.

“I would love for him to be here, but it’s just impossible. We of course did talk about what I could say and what I couldn’t say. But he’s very open and saying that as long as I don’t reveal who he is and where they live and everything, then I have free rein to talk about him. Because it’s a friendship, an old friendship, I think he trusts me to represent him in a way where he recognizes himself even outside the film.”

And because it’s such an old, close friendship, the men’s relationship grew even closer throughout the process of making the film.

“We definitely did become closer,” Rasmussen said. “He told me that the fact that he’s always had this secret — you know, having to keep a secret creates a distance towards people around you because you’re always afraid that something will be exposed. So just the fact that he also trusted me and started to trust people around him to hear his story, it brought everyone around him closer to him.”