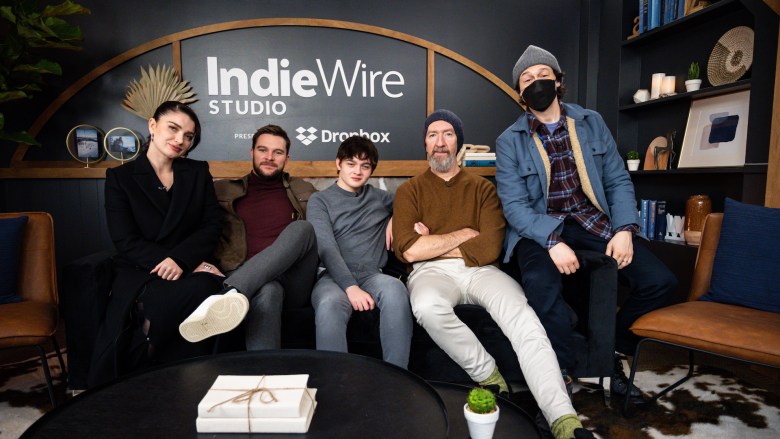 Joseph Gordon-Levitt is no stranger to music and live performance, but though some of his movies and shows have featured musical sequences, he’s never made a proper movie musical. That’s because he “dislikes most movie musicals,” as he told the IndieWire Studio at Sundance, presented by Dropbox. The script for John Carney’s “Flora and Son” changed that.

“John’s movies do this magic trick where he brings all the special fairy dust that a musical can bring, but he balances it with something that feels real and human and not ridiculous like some musicals can feel. I’ve always wanted to be in a musical but have never been,” Gordon-Levitt said. “When this script came along and it was John Carney…I was like, please let me do this, this is so for me. You have to let me do it.”

Gordon-Levitt was joined in the IndieWire Studio at Sundance by Carney and stars Eve Hewson, Jack Reynor, and the teenaged Orén Kinlan. In the film, he plays an online guitar instructor living in Los Angeles and working with Hewson’s character, Flora, from back in Ireland. The two slowly develop a romance and bond and even find a way to share songwriting together, all while Flora works to help her own troubled son find a right path through music.

But though Gordon-Levitt was finally sold on movie musicals by Carney’s script, he had to sell Carney on himself first. Carney originally considered hiring an actual musician to play the part of the guitar instructor, but the film finds a hint of authenticity by casting someone who isn’t a total pro.

“I was like, ‘No dude! I’m telling you. I will practice every day. I will do whatever it takes. You won’t have a problem with my musicianship in this movie.’ And thank god I convinced him and he said yes. I’m so grateful,” Gordon-Levitt said.

Reynor, who previously starred in Carney’s “Sing Street,” said he could feel that expectations were high for “Flora and Son” while sitting in its premiere screening at the Ray Theatre at Sundance, but he’s thrilled to see that the film met the hype.

“I was definitely s—ing myself,” he said.

“Flora and Son” made its world premiere at the 2023 Sundance Film Festival. It was acquired out of the festival by Apple TV+.