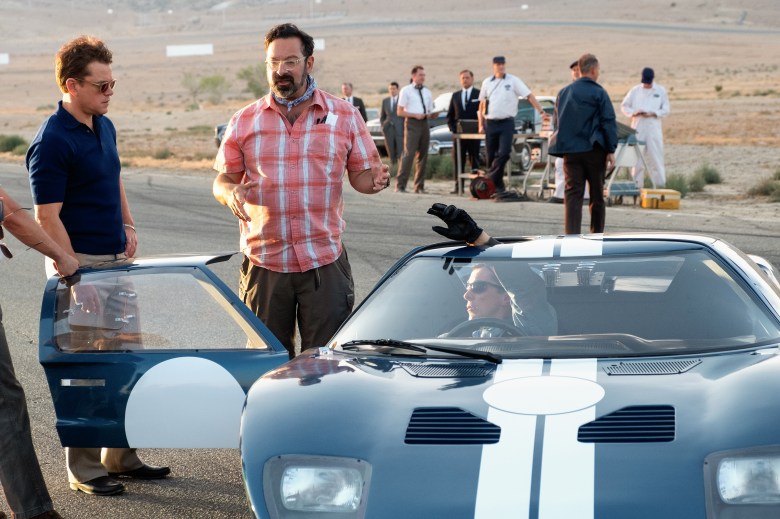 The secret of the success of “Ford v Ferrari” is writer-director James Mangold’s belief that drawing the audiences into caring about the characters will help them to engage with the noisy action scenes, too. Fox was willing to back Mangold’s $100-million original sports drama because he had proven his commercial viability with X-Men installments “Wolverine” and “Logan” and Oscar-winner “Walk the Line.” The true story behind the legendary 1966 Le Mans race floundered in development for decades before Mangold finally got to make the film, pushing it forward with Oscar-winners Damon and Bale, who were lured by the strong character-driven script.

Mangold cast Bale as racer Ken Miles, the pure artist who loves his job but can’t play with the corporate suits, and Damon as “the artist who can’t paint anymore but is the best dealer in the world,” said Mangold. “[He is] living through the actions of Miles, who needs Shelby, who has no filter, who lives in truth, who doesn’t pursue victory. He’s trying to be himself. He has integrity.”

Damon is a natural peacemaker, said Mangold. “There’s a lot of him in Shelby. There is the racer, and there is also the guy interested in hearing every side and trying to bring everyone along. Carroll Shelby has been a movie star all his life, in the way he understands how much a smile and a bit of kindness in this moment will get you. That’s part of his connection to the role.”

Mangold argued for both stars competing for this year’s Best Actor Oscar. “I find the games with awards have gotten silly,” he told me. “Both guys agree. They’re the two leads in the movie. What does it do to all the people playing supporting roles?”

Watch the video with Damon and Mangold, above.