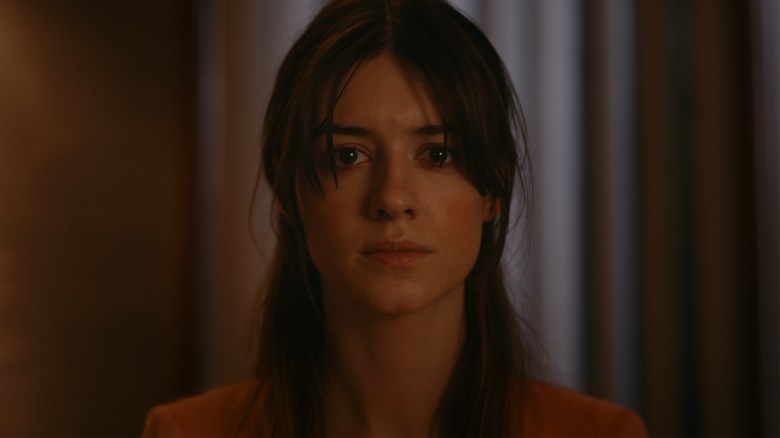 Sundance premiere “Fresh” puts a deliciously dark and comic spin on the perils of dating in the modern world. “Normal People” breakout Daisy Edgar-Jones stars as Noa, a young woman frustrated by endlessly scrolling through dating apps who has a meet-cute in a produce section with Steve (Sebastian Stan). A great first date leads to an impromptu weekend getaway full of harrowing surprises best left unspoiled — but what follows is a tart treat for genre fans looking for a new twist on body horror, as well as a feminist parable that turns the differing male-female experiences of a first date on their heads.

Director Mimi Cave (working from a script by Lauryn Kahn) was joined by stars Daisy Edgar-Jones, Sebastian Stan, Jojo Gibbs, and Dayo Okeniyi at the IndieWire Studio, presented by Adobe, to talk about their new movie. What resonated for everyone involved was the film’s fresh take on the female dating perspective and how what comes easily to men in those situations isn’t quite the same for women putting themselves in a vulnerable position.

“Selfishly, as an audience member reading the script, I was so fascinated with the female experience, the woman’s experience on a first date, and the things that as a man you completely take for granted,” Okeniyi said. “On a first date, I don’t care what time I’m going home, what hour I’m going home, I don’t care where I park my car. Those things jumped out at me immediately.”

“I knew I had to tap into something more personal just to really get myself there and wrap myself around this world,” director Cave said. “For me, I was really drawn more into the sort of power dynamics of the love relationship, and taking that into all sorts of different, more over-the-top aspects, and that was the thing that let me in there. We talk a lot about the commodification of women’s bodies. As someone who– I’ve been a dancer my whole life and in that space of movement my whole life, I knew I had an opportunity to tap into something visceral, and anytime I can try to do that, I find an endless well of inspiration.”

Daisy Edgar-Jones said, “What really drew me to this story was to unpack the difficulties we face in the world of dating now and in dating apps, and exploring this general level of fear that we live with as women without really realizing it, of their being a risk attached to a lot of things, even just walking home late at night, or meeting a stranger on a date, and how much you balance allowing yourself to be open to that while also being aware of navigating that world.”

Watch the full “Fresh” Q&A, moderated by IndieWire Editor-in-Chief Dana Harris-Bridson, in the video above.

This Article is related to: Film, Video and tagged Fresh, IndieWire Studio, Sundance