By Jude Dry and Christian Blauvelt 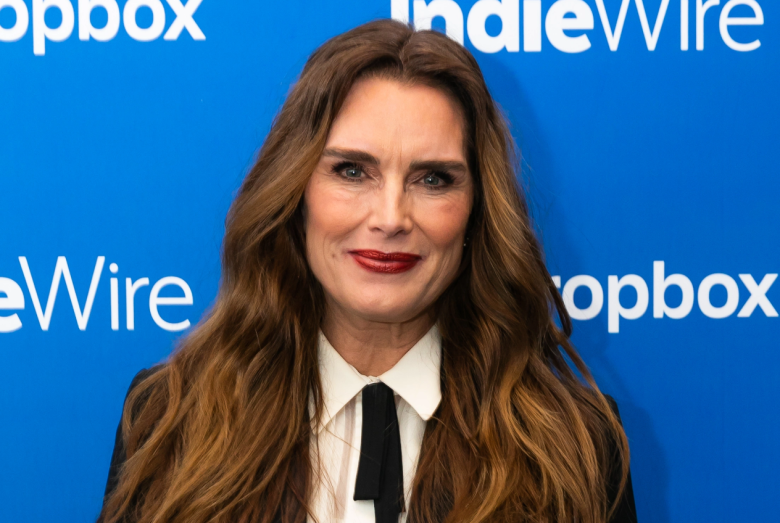 Brooke Shields has been in the public eye for practically her entire life. But she rarely had control over the images shared of her and how they were framed — until now. Borrowing a title from one of her most controversial early film roles, the new documentary “Pretty Baby: Brooke Shields” explores the life and career of the actress, from child model and star to the women’s rights activist she is today. The film is the fourth feature from documentarian Lana Wilson, who was last at Sundance with Taylor Swift doc “Miss Americana.” It is executive produced by partners George Stephanopoulus and Ali Wentworth, friends of Shields for many years.

Alongside executive producer Alyssa Mastromonaco, the creative team stopped by the IndieWire Studio at Sundance, presented by Dropbox, to speak to IndieWire’s Christian Blauvelt about how the project came together.

“It was chemistry,” Wentworth said of the pairing of subject and director. “Lana and Brooke met, and it just worked. And I think this whole group made Brooke feel safe to tell [her] story.”

Many revelations in the film put into stark contrast how radically depictions of women and girls have changed in the last 40 years. One of the more damning interviews, which Shields has previously criticized publicly, occurs when Barbara Walters interrogates a young Shields in 1981 about her controversial Calvin Klein ad campaign. Though he is critical of how Shields was treated, Stephanopoulus blames the general media more than his late ABC news colleague.

“It really does hold up a mirror to what the culture was like at the time,” said Stephanopoulus. “Remember, everything that we saw in this film was perfectly accepted back then, in the ’80s and the ’90s. That’s what’s so striking about it, you watch things that were made then and realize it could never happen today, it would never happen today. The very movie ‘Pretty Baby’ would never be made today.”

Wilson added that while some things have progressed for women in the post-MeToo era, others have stayed the same.

“I think about the controversy with the Balenciaga ads, you know what I mean? That was a couple weeks ago,” the director said. “So we’ve come so far, but we really haven’t gotten anywhere in other ways, too. That’s what’s so interesting and startling about revisiting these old clips now.”

“Pretty Baby: Brooke Shields” premiered at the 2023 Sundance Film Festival. The two-part documentary will air on Hulu via ABC News later this year.