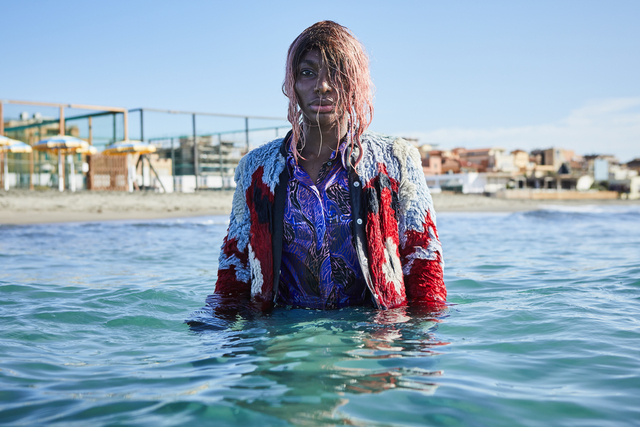 The chatter began just moments after the Hollywood Foreign Press Association’s Golden Globe Award nominations were announced on Wednesday and has persisted in the hours since. What has people talking, you might ask? Another year, another batch of white-washed Golden Globe TV nominations that seem to pointedly avoid embracing a more inclusive slate of competitors.

Chief among the complaints was the exclusion of British multi-hyphenate Michaela Coel and her searing HBO limited series “I May Destroy You,” which was roundly acclaimed as one of the best series of 2020, had international roots, and was set and filmed in London, all of which seemingly made it a sure thing to an awards organization that prides itself on having a global sensibility. After all, this was an organization that embraced “Fleabag” with open arms. Why should Coel’s bracing examination of trauma as centered around a group of Black British friends play any differently?

Similarly, Netflix’s “Bridgerton,” a soapy, sexy romp from producer Shonda Rhimes bewitched viewers ever since its December launch, making it the buzziest thing on TV for the whole of 2021 so far. And despite the HFPA’s desperate pursuit to become a kingmaker, “Bridgerton,” with its beautiful — and diverse — cast was overlooked, a glaring omission, if not as egregious as Coel’s snubs.

Instead, Golden Globe nominations went to critically reviled series, including Netflix’s “Ratched” and “Emily in Paris,” shows with predominantly white casts and creatives (giving comparably lackluster performances) that are far from the best TV has to offer and land much closer to the worst.

The HFPA’s choices were so shocking that Deborah Copaken, a writer on “Emily in Paris” wrote an op-ed in The Guardian lambasting the lack of “I May Destroy You” in the Golden Globe nominations. She stated that she was not blind to how poorly her own series was received and that awards recognition was not on her radar, while Coel’s show was not just her favorite of the year, it is her favorite show of all time, thanks to its unflinching exploration of sexual assault and the aftermath, while maintaining its heart, humor, and pathos, a seemingly impossible accomplishment.

“Am I excited that ‘Emily in Paris’ was nominated? Yes. Of course,” Copaken wrote. “I’ve never been remotely close to seeing a Golden Globe statue up close, let alone being nominated for one. But that excitement is now unfortunately tempered by my rage over Coel’s snub. That ‘I May Destroy You’ did not get one Golden Globe nod is not only wrong, it’s what is wrong with everything.”

We’ve seen this type of behavior before from the HFPA. Just last year, the organization pointedly overlooked two of the most celebrated limited series in recent history in Ava DuVernay’s “When They See Us,” which delved into the stories of the men falsely convicted of the Central Park rape case, and HBO’s “Watchmen,” an adaptation of the classic comic book that grounded its narrative soundly in the systemic racism that the United States has built its country on the back of.

Oversights happen. The idea of something or someone being snubbed is always predicated on the mistaken belief that any kind of award, particularly ones overseen by 90 random people without a particular affinity or insight regarding TV, is deserved or assured. However, patterns of behavior can be revealing. There are certain stories that the HFPA apparently has no interest in consuming or celebrating. That’s unfortunate, but that is their right.

However, viewers have rights, too. What reason is there to continue supporting the Golden Globes if the Golden Globes have no interest in seeking out and lifting up the best TV there is to offer? Why tune in to an awards show who is content to turn a deaf ear to the stories about the Black community and a blind eye to stories about every community as told by creators of color?

Look at this year’s crop of Golden Globe nominees and ask yourself what this awards show could possibly add to your existence and act accordingly. We’re living in the world of Peak TV. There’s always something else to watch, particularly if what’s airing is the Golden Globes.

For even more about how to stop giving the Golden Globes the ability to disappoint us as a people, check out this week’s episode of IndieWire’s TV podcast “Millions of Screens” as hosts Deputy TV Editor Ben Travers, Creative Producer Leo Garcia, and TV Awards Editor Libby Hill, delve into the nominations offered up by the HFPA as well as the WGA Award TV noms, also announced on Wednesday.

Plus, a special treat for long-time listeners: the return of beloved segment “Wakeboarding with Ann Dowd,” in honor of the acting legend’s recent birthday/film premiere combo.

This Article is related to: Awards and tagged Direct, Golden Globes, HFPA, I May Destroy You, Video