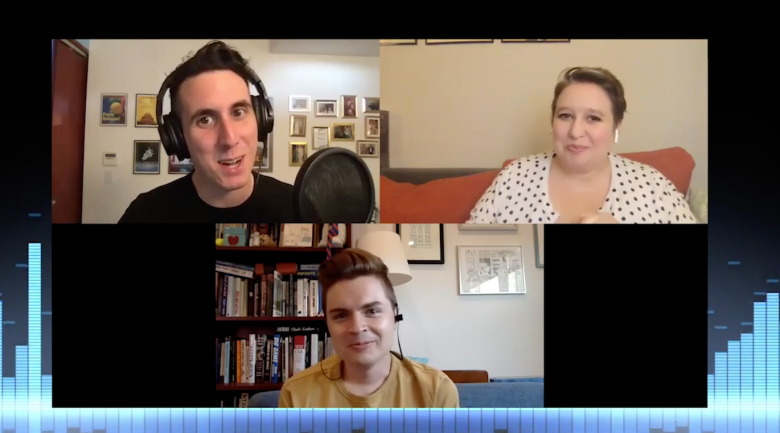 At long last, the nominations for the 72nd Primetime Emmy Awards are out and as we wait around for the (virtual) ceremony come September, we have nothing but time to pull apart, reshape, and attempt to make sense of the many, many choices made by the Television Academy.

As strange as it might seem, while there were infuriating inclusions and omissions throughout the crop of nominees, one can’t help but feel a strange sense of relief that by and large, the nominations as a whole were nowhere near as bad as they could have been. One might even say, were a person so inclined, that most of the nominations were almost good.

Specifically, it seemed good and and right that HBO’s brilliant limited series “Watchmen” garnered the most nominations of any program, with 26. It was also acceptable and wholly unsurprising that Amazon’s hour-long comedy “The Marvelous Mrs. Maisel” nabbed the second-most nominations with 20, the precise number of noms it received last year for its second season.

Following the top two nomination earners were TV’s reigning drama heavyweights, Netflix’s “Ozark” and HBO’s “Succession,” both of which scored 18 nominations, including notices for each in Outstanding Drama Series. It was a colossal jump in recognition for the latter, which received only five nominations for its first season, a total nearly doubled by the nine nominations the series received this year, for acting categories alone.

Amidst the mostly just fine crop of nominees were a few that sparked actual delight.

While we here at “Millions of Screens” mourn the wrongful snub of Pamela Adlon and “Better Things,” it was amazing to see FX’s “What We Do in the Shadows” break through in Outstanding Comedy Series. Season 2 saw a big jump in comedy and consistency in the series that has easily become one of the laugh-out-loud funniest shows on television this year.

There was also much rejoicing at the inclusion of Zendaya in the race for Outstanding Lead Actress in a Drama Series for her work in HBO’s “Euphoria.” The nomination feels like the kind of move that could eventually lead to a victory in a category that increasingly feels up in the air.

Everyone loves a handsome boy with an Irish accent and Emmy voters were not immune to the charms of Paul Mescal, who scored a nomination in Outstanding Lead Actor in a Limited Series for his work on Hulu’s “Normal People.” And while it’s disappointing that Mescal’s co-star Daisy Edgar-Jones wasn’t able to nab equal recognition, it’s great to see “Normal People” get notices wherever it can.

But the crop of nominees wasn’t all sunshine and roses, as evidenced by the inclusion of a particularly inexplicable choice in Outstanding Comedy Series. After earning three meager nominations for its first season (in Lead Actor, Supporting Actor and, uh Sound Mixing), Netflix’s “The Kominsky Method” managed to score another three nominations for its second season, again nabbing nods for Michael Douglas and Alan Arkin, but this time, trading in its notice for Sound Mixing for a nomination in Comedy Series. It’s a choice equal parts infuriating and insulting, particularly given Netflix’s glut of superior comedy programming that could have been nominated in the slot, to say nothing of the aforementioned “Better Things.”

For more on what it is about “The Kominsky Method” specifically that gets our dander up, check out this week’s episode of “Millions of Screens” with TV Awards Editor Libby Hill, TV Deputy Editor Ben Travers, and Creative Producer Leo Garcia. In keeping with ongoing social distancing mandates, this week’s episode was again recorded from the comfort of everyone’s respective Los Angeles-area apartments, and we’re again offering viewers a video-version of the podcast, as embedded above.

The gang discusses all of the highs and lows of Emmy nomination morning, taking plenty of time to discuss their own personal victories and disappointments, in addition to pondering what, exactly, the TV Academy was thinking with some of its choices. Stay tuned as we attempt to process some truly shocking news on the Quibi front that leads to Libby announcing a big decision, months in the making.

This Article is related to: Awards and tagged Direct, Emmys, Podcasts, Video